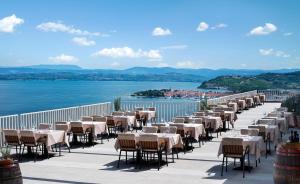 The Province of Trieste covers the municipalities of Devin Nabrezina, Milje, Dolina, Zgonik and Trieste. With its 212 km2 area, it is the smallest Italian province. That's why it's unique. In a short time you can see the extremely diverse nature, historical monuments, archaeological remains and architectural heritage. Devin is one of the two central settlements in the municipality of Devin Nabrezina. The settlement extends along the northern part of the Gulf of Trieste. The municipality has 8774 inhabitants, of which about 40% are Slovenes. During the Austro-Hungarian period, Devin also had the German name Tybein. The town is known for its two castles. The old castle is in ruins and the new castle in Devin is well preserved and is owned by the noble family Thurn und Taxis. Devin Castle is open for tourist visits. The castle has for some time been the seat of government of the Free Territory of Trieste. Since 1982, the College of the United World - a high school that prepares students for international graduation - has been based in Devin Castle. Devin connects Rilke's footpath with the nearby town of Sistiana, which offers an unforgettable views of the northern Adriatic Sea. The path is named after the famous poet Rilke, who wrote Devine Elegies here.

Road to the Old Duino Castle

Park around the Duino Castle in spring

Ruins of the Old Duino Castle 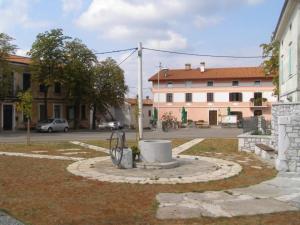 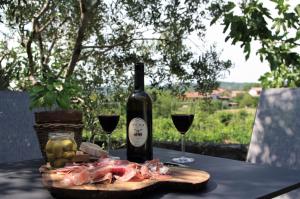