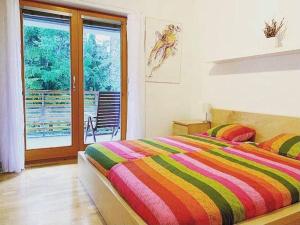 Most Beautiful Trips - Tarvisio with neigbourhood

Tarvisio with its surroundings is known for its many natural and cultural sights that attract many local and foreign visitors. The most prominent among them are the town of Tarvisio, Fusine Lakes, Cycle route Ratece – Fusine Lakes and Sanctuary of Mount Lussari.
Tarvisio is located not far from the triple border between Italy, Austria and Slovenia. There are four languages spoken in Tarvisio: German, Slovenian, Italian and Friulian. The place is also known as Tarvis and Tarvisio. Tarvisio has a population of about 5.000 people, and its economic development is based solely on tourism. The area is surrounded by ski slopes, especially those on the steep slopes of the Mount Lussari. The place developed along an important road junction at one of the most favorable crossings across the Alps. Here, the roads from the Upper Carniola, Posocje, Friuli and the Klagenfurt basins intersect. The most important architectural monument is the Church Saints Peter and Paul, which stands on a hill above the old town and is fortified with defensive towers. The Mangart Valley is a picturesque area that extends into the Western Julian Alps, near Tarvisio. The end of the Mangrt Valley is called Zagace and it crashes into the walls of Mangart and Vevnice. The largest attractions of the valley are the Fusine Lakes. They are also known as the Fuzine or Klan Lakes. The asphalt road leads to the picturesque glacial lakes, which branches off from the main Ratece - Trbiz in the village Pod Klancem (Villa Alta). From the lakes on, a macadam road leads towards the valley end. There are several small guest houses and boat rentals near the lake, and at the foot of the Visoka Ponca Mountain there is the Luigi Zacchi Mountain Lodge. The valley of the lakes was in 1971 by the Italians proclaimed as a National Park. The Mount Lussari is a 1766 meter high mountain in the western Julian Alps. The Italian is called Monte Santo di Lussari, German Monte Luschari or Luschariberg. It extends south of the Zabnice valley in the Kanal Valley. Zabnica is a village near Tarvisio, Italy, on the border between Slovenia, Austria and Italy. The village represent an important tourist destination and a starting point for pilgrimages to the Mount Lussari and excursions through the Kanal Valley. From the village is the Mount Lussari about two and a half hours away. There is also a cable car from the village, the ride takes about 10 minutes. The Mount Lussari is a pilgrimage site for the Germans, Slavs and Romans.
Already in the 16th century, the mountain was called the divine path of three nations, and now it is called the divine path of Europe. A few meters below the very top of the mountain lies a pilgrimage village with the famous Church of Santa Maria in Excelsis. The church was renovated in 2000.

Column of the Holy Trinity

Monument to the Habsburg Soldier

Church of Santa Maria In Excelsis

Arrival to the road to Fusine Lakes

Waterfall at the outflow of Lake stream

Morning idyll at the Fusine Lake

Path along the lake

Wonderful color of the Fusine Lake 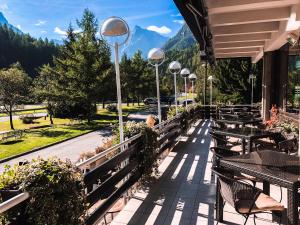 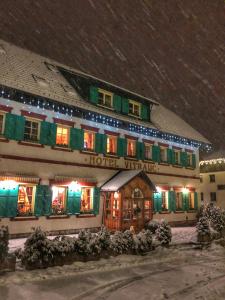 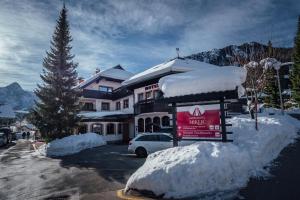