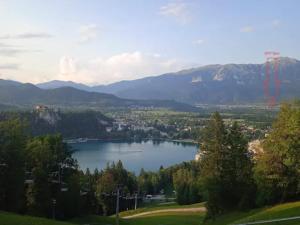 Ajdna is a 1046 metres high rocky hill above the village Potoki. Potoki are a settlement near the city Jesenice. Ajdna is situated in the southern slope of the mountain Stol in Karavanke and belongs under the Community of Zirovnica. We can park car in the village, which is in greater part squeezed to the hill and then you can walk up to the hill. At the end of the houses we come to the brook Srednik. Among the path are rare signposts, so it is better that we are attentive, because we can quickly be lost. The path is mostly going steep up. In the summer is very pleasant the shadow of the trees. At the end we come to two separated paths, one is going on the left and the other on the right side of the hill. The left side is more demanding, because there are also wedges, so it is better that we go on the right side. Just at the end we can see archaeological site late antiquity colony. After the decay of the western Roman empire the inhabitants were left to the robbery attacks of different tribes and so they started to withdraw into the natural secured places. Ajdna was stronghold to the inhabitants from the valley. The archaeological excavation started in the year 1976. There were found the remains of graves, buildings and interesting old Christian church. In Kranj are in the museum displayed excavations like pot plant, weapon and jewellery. Probably was the entire settlement built in three terraces and there lived about 100 people. You can look at the secured walls and posters about the work and some photographs. From the top of the hill is a wonderful view to Jesenice, Bled, Radovljica, Mezakla, Julian Alps, hydroelectric station Moste and mountain Stol.

Parking place in from of village Potoki

Turning for Ajdna near summit

Small cave near climbing direction to the Ajdna

Wooden stairs to the summit

Infomation about Ajdna near settlement

Summit of Ajdna with a view of Radovljica

View of highway and hydroelectric power station Moste on Sava

Way back to the late antique settlement

Turning for village Potoki on the way back

Direction sign for Ajdna from the road to the Potoska planina 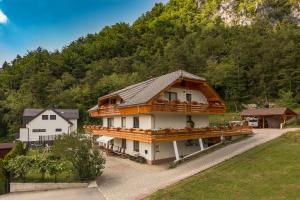 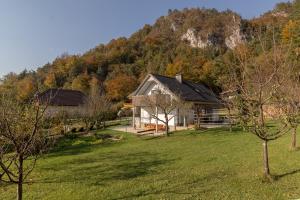 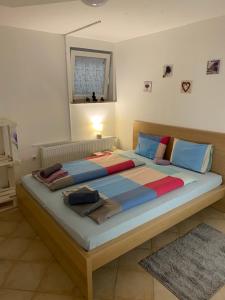 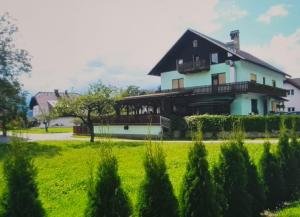