Babic Mill on the river Mura is the combined floating mill. It is situated near the place called Verzej. Water mill is on the river and the milling house is on the land. Babic Mill is the monument of the Slovenian heritage and it has invaluable value, because it is the only floating mill on the river of Mura. The owner of the mill is the family Babic. It was built in the year 1890. It was floating and adjusted to the level of the water. The floating mills were typical of the plane landscapes, which were rather densely populated. The local people were producting mostly wheat and cereals. The mill was entirely built from the wood and independent from the quantity of the rainfall. The water mill was burnt down by the fire, so the family Babic built new one in the year 1925. The milling house was situated on the bank of the river Mura. Water wheel was fasten to the two wooden floating boats. Present mill is wooden, stands on the fourth columns by the bank and the water wheel is fasten to the two floating boats, which are made from iron. In the Babic Mill you can buy rye flour, white flour and cornflour and porridge made from boiled millet and other milling products.

Babicev mill on the Mura

Road from Verzej to the mill

Signpost for Mill on the Mura - Babic Karmen

Continuation of path to the mill

Mill on the Mura - Babic Karmen

Mill on the Mura - Babic Karmen 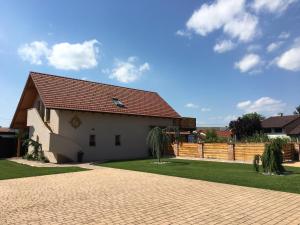 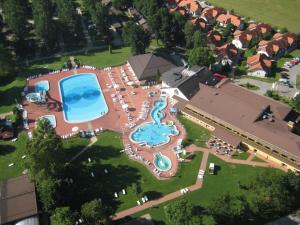