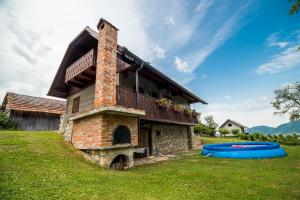 Bistrica ob Sotli is a smaller village, which was primary called Leskovec. It lies under the slope of Sveta gora (Holy mountain). It belongs to the Bistrica ob Sotli Commune, which was founded in the year 1997. The commune includes also Hrastje ob Bistrici, Cresnjevec ob Bistrici, Dekmanca, Kunsperk, Krizan Vrh, Zagaj, Trebce, Srebrnik, Ples and Polje pri Bistrici. The village was also called Saint Peter by Kunsperk and Saint Peter under the Saint Mountains. Bistrica ob Sotli became in the year 1952. The present image of the village defines the widened crossing of the roads. Here are situated more important houses, which got their present image in the middle of the former century. They have sculpturesque portals and classicist cover. The people in the village worked through the centuries in the agriculture, viniculture, craft, carrier transport services and hotel trade. Bistrica ob Sotli developed from the primary square settlement. This was situated round the Church of Saint Peter. In the 16th century took over all the functions of the neighbourhood square Kunsperk. Reasons for that were more suitable space for spreading the settlement, better traffic situation and camp settlement round the church, which protected local people in the time when the Turks were attacking. In the year 1783 began the first school in the village. In the year 1979 was made the present elementary school, which was opened by the Josip Broz – Tito. They got the electricity in the year 1947 and the water supply already in the year 1927. Present Cultural house was built between years 1926 and 1928. In the village you can also see the municipal house or Gabron house, memorial plate for Second World War, Agricultural cooperative Smarje, eating house Sempeter, restaurant and private hotel Kramer and other. 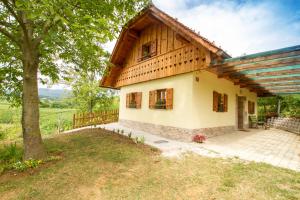 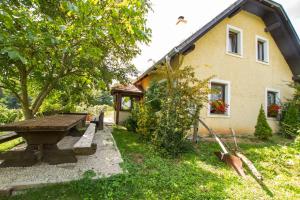 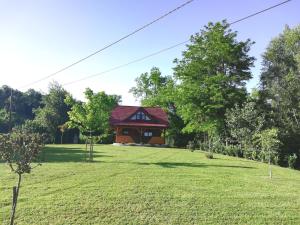