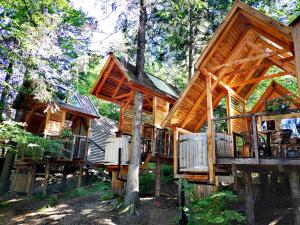 We can go to Lake Bled with a traditional boat named pletna. The boat is navigated by »pletnar«. The beginning of this activity goes back to the time of the feudalism in the 12th century and is largely associated with the village of Mlino.
The poorer farmers were then given the authority to transport pilgrims to the island. With the abolition of feudalism in the time of Maria Theresa, boaters were given rights that determined which of the families can transport passengers to the island of Bled. Since then, the profession of »Pletnarstvo« has been passed down from generation to generation. The first fare for the lake ride was traced back to 1907. The price list set 21 prices from all possible sides of the coast to the island and was written in German and Slovenian language. During the night, prices were higher. Over time, the pletna boat was upgraded and changed. The shape of the boat comes from Austria. Today's boats have 18 seats with a canvas roof for protection against the sun and rain, are about 7 meters long, 2 meters wide and have a flat bottom.
There are 18 pletna oarsmen in Bled, which are divided into three groups. They are located below the Park Hotel, in Mlino and in the Rowing Center. Driving around the Lake Bled involves a half-hour stop on the island, but we can arrange otherwise.

View from Pletna boat on Bled Castle and Karavanke Mountains

Bled Castle and the Church of Saint Martin from Pletna boat 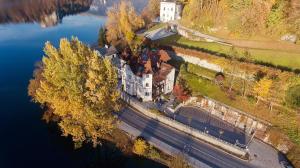 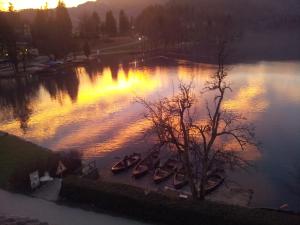 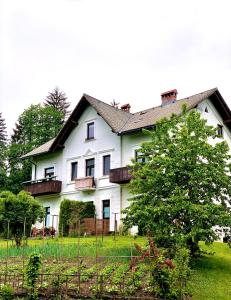 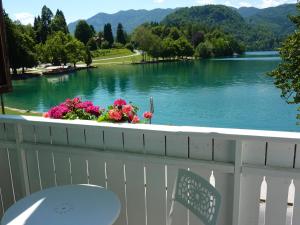