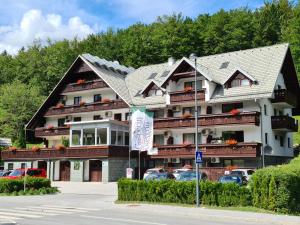 Near the stone bridge and John the Baptist's Church is the confluence of Jezernica and Mostnica, which merge in the Sava Bohinjka river. Jezernica is the second shortest river in Slovenia. The stream of the Sava Bohinjka river begins in the valley of the Triglav lakes, which is one of the most beautiful valleys in the Julian Alps. Each of the seven lakes is named after its characteristics. The lakes are situated between 1319 and 2002 meters height above sea level.
The river then continues the way as the Savica Waterfall and flows as Savica river into the Lake Bohinj. From the lake flows as Jezernica.
Mostnica is the alpine brook, which rises in the Voje Valley as the Mostnica waterfall or Voje waterfall. In the village Stara Fuzina flows to Mostnica the brook Ribnica and after about one kilometre of common stream they fall into the Sava Bohinjka.
Sava Bohinjka is one of the most beautiful and clean rivers in Slovenia. Beside different sport activities is known as the fishing area. Sava Bohinjka continues its flow to Radovljica, where it unites with Sava Dolinka to the longest Slovenian river Sava.

Rivers and confluences around 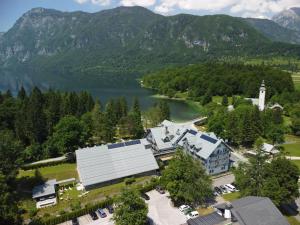 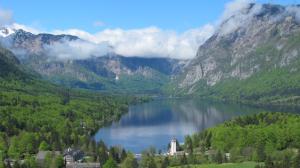 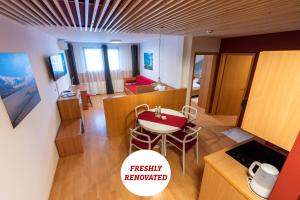 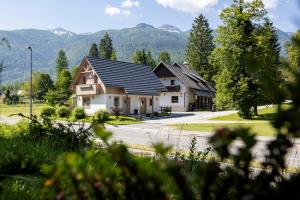