Bohinjska Bistrica is the largest village in the Bohinj valley and seat of the community. It is situated between hills Ajdovski gradec and Dobrava and between brooks Bistrica and Belica. In Bohinjska Bistrica are railway tunnel, sports hall, open playground for tennis, football playground, elementary school, bus station, museum, restaurants, shops, private hotels, hotel, health service, local office, tourist informative centre, fire station, monument in memory of Second World War, Zois Manor with Tower Clock, First World War Military Cemetery, the Church of Saint Nicholas, ski center Kobla and other. Next to the Aquapark Bohinj is located interesting and beautifully arranged Ceconi’s Park. Ceconi’s Park got the name by the Giacomo Ceconi, who was born in the north east Italy. He was the mason’s worker and successful entrepreneur. He contributed a great deal to the development of his birthplace Pielungo. Austria-Hungary and the Kingdom of Italy bestowed a noble title on him in recognition of his great service. His company took on the building of the Bohinj Tunnel, his last great work, in May 1902 and completed it in March 1905. From Bohinj, Count Ceconi set off for Pielungo, where he had a castle. Even after retirement he continued to work for the development of his birthplace. The present day park is the only surviving remnant of the building complex built by the Ceconi company and the state to accommodate the contractor and his family, company officials and state inspectors. The buildings were demolished in the 1980s. The project of the Ceconi’s Park is the work of Mimi Zvab. We can walk between the small gardens and enjoy in views to the wonderful flowers. The park is also intended for wedding ceremonies and cultural activities. It lies by the western bank of the brook Belca. 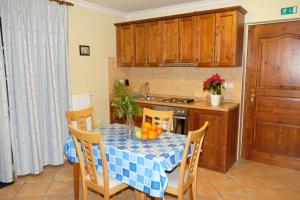 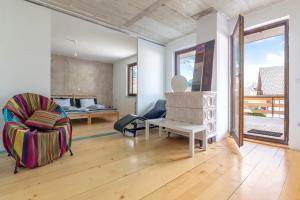