Bohinjska Bistrica is the largest village in the Bohinj valley and seat of the community. It is situated between hills Ajdovski gradec and Dobrava and between brooks Bistrica and Belica. The village divides road from the railway station to the Lower and Upper village. In Bohinjska Bistrica are railway tunnel, sports hall, open playground for tennis, football playground, elementary school, bus station, museum, restaurants, shops, private hotels, hotel, health service, local office, tourist informative centre, fire station, monument in memory of Second World War, Zois Manor with Tower Clock, First World War Military Cemetery, the Church of Saint Nicholas, ski center Kobla and other. Next to Aquapark Bohinj is located interesting and beautifully arranged Ceconi’s Park. The 1st World War Military Cemetery lies on the belvedere hill called Rebro. We can come there by the road, which goes from Bohinjska Bistrica to the village Ravne. The cemetery comprises 285 marked graves where soldiers of all nations of the monarchy were put to rest. 202 were from the infantry ranks, 55 were from technical units and various services, 19 were from the artillery and 9 were Russian prisoners of war. They died in two hospitals in Bistrica and were burried here from the year 1915 to 1917. In the cemetery they erected the stony monument in the year 1945.

Path to the cemetery

Benches in front of the cemetery

Entrance into the cemetery

View of the monument through entrance

World War I Military Cemeteries around 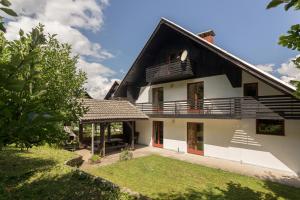 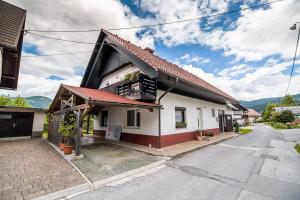 Bohinj
Home away from home 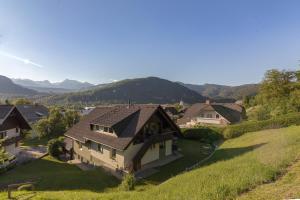 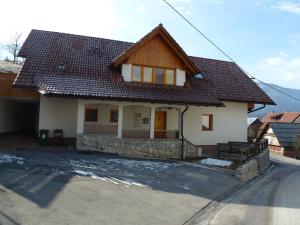