Bohinjska Bistrica is the largest village in the Bohinj valley and seat of the community. It is situated between hills Ajdovski gradec and Dobrava and between brooks Bistrica and Belica. The village divides road from the railway station to the Lower and Upper village. In Bohinjska Bistrica are railway tunnel, sports hall, open playground for tennis, football playground, elementary school, bus station, museum, restaurants, shops, private hotels, hotel, health service, local office, tourist informative centre, fire station, monument in memory of Second World War, Zois Manor with Tower Clock, First World War Military Cemetery, the Church of Saint Nicholas, ski center Kobla and other. Next to Aquapark Bohinj is located interesting and beautifully arranged Ceconi’s Park. The Zois Manor with Tower Clock was built in the neo Romanic style in the second half of the 18th century. Above the entrance doors we can see the famous arms. The manor was the residence and administrative building for iron entrepreneurs. In the Lord's garden, which is across the road in the southern side of the castle, is the Zois clock. Baron Ziga Zois built it that ironworkers would come in right time to the work. Ziga Zois was the ironworker, botanist, mineralogist, regenerator and the patron of the Slovenian literature. The castle and other buildings are today reorganized to the restaurant in the medieval style. They can accommodate 80 guestes. By the brook Bistrica they offer place for group and family picnics. Zoisov grad Restaurant serves twenty-five varieties of pizza from the open-hearth oven, original dishes, house specialities and chef's specialities such as Bohinj trout, Zois steak with boletus mushrooms, Emperor steak with asparagus, the Manor platter and other delicious food.

South side of Zois Manor

One of the entrances in Zois Manor 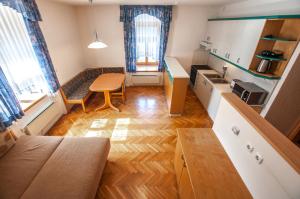 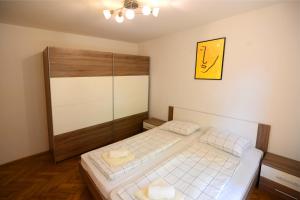 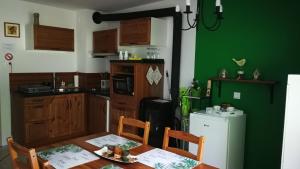 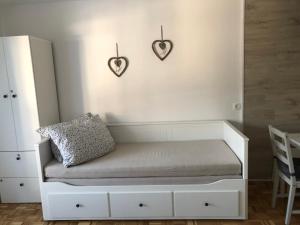