Botanical garden Pivola is located in Hoce near the city of Maribor. It is the part of University of Maribor, Faculty of Agriculture and life sciences, which became its user in the year 1994. From the year 2000 to 2001 was made a great amount of work at the garden, which was at beginning just the agriculture property. Botanical garden shows the native and foreign flora, especially some floral rarities of the Pohorje Mt and of the other parts of Northeastern Slovenia. The gardeni is at the same time a scientific and research institution, open for the public. Botanical garden Pivola has mixed woods, rose garden, collections of ornamental shrubs and trees, rock garden, irises, hemerocalis and water habitats, foliage plants, brook and soak system, Celtic mounds, three compost heaps, systematic area, horticultural and fruit plantation, experimental area, seed bank, origin of the drinkable water, forestry, geological, archaeological displays and many other things. There are also resting places with benches and tables or you can freshen up in a small tavern. The sources of the fresh water are disposed equable by the garden. The Botanical garden Pivola was officially opened on 24th May, 2002, on the European Day of Parks. Since then it welcomes visitors every year between April and November.

Park of different sorts of plants

View of Pohorski dvor at the back

The way around botanic garden

One of the many sorts of flowers in Botanic Garden Pivola 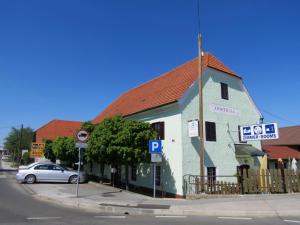 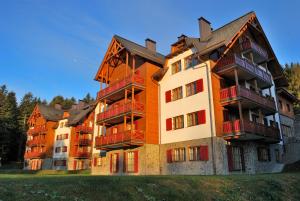 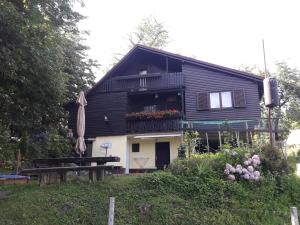 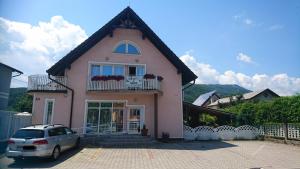