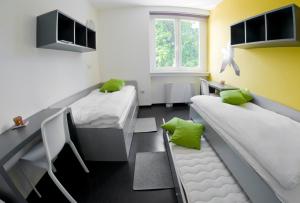 On the map you can see selected place Brezice with photos of the sights/interesting places in the neighbourhood.

The aqueduct tower is situated in the old town centre in Brezice, at the corner of the Ulica stare pravde and Bizeljska street. It is visible widely and is the most known point of the city. In Slovenia a similar tower can only be seen in Kranj. It was built in the year 1914 and it is 46 metres high. It was constructed because in this flat town they needed sufficient water pressure. The water tower is in the major part circular. At the top is concluded with the octagonal reservoir, which is raised in 16 consoles. It is decorated with three smaller balconies and it is leaned to the remains of the town's d...

Castle Bizeljsko (Wissel) is situated on a rocky hill above the village Bizeljsko. Castle gives the village its characteristics appearance. In written sources is first mentioned in 1404, when the region was inhabited by knights Wissell. The castle has a medieval layout. Throughout the centuries has played an important role as a defensive post. Today the Castle Bizeljsko has Renaissance and Baroque features. Renaissance form can be seen at the entrance, when the Chapel of St. Hieronim with rich Baroque altar was added to a building. The chapel originates from 1623. The arch of the chapel and three rooms ...

Brezice is the administrative, economical and cultural centre of Brezice country and surrounding hills. It is located near the confluence of Krka and Soca Rivers. As the administrative centre of Salzburg archbishops the city developed by the Castle Brezice, where is today the museum. In the beginning the castle was only the wooden stronghold. The settlement was first mentioned in the year 1322. Through the city went the trade road from Styria and Carniola. Today in Brezice are developed transport trade, industry, wholesale trade, manufacturing trade and other. The city is the school centre of Posavje Re... 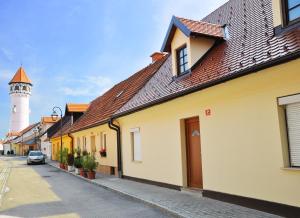 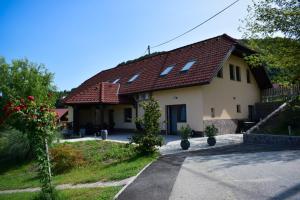 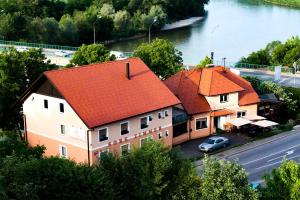