Forma Viva is a collection of stone sculptures. It is situated in a park on the Seca peninsula near Portoroz. The collection is under the open sky, it is open all day and for the visit you do not have to pay anything. The collection began to rise as the result of the meetings of the international eminent sculptors. The first international sculptural symposium began in the year 1961 as the suggestion of two Slovenian artists, namely Jakob Savinsek and Janez Lenassi. Sculptures from thirty different countries have left in the forty years of uninterrupted activity over 120 stone sculptures. The majority of them is situated in a wonderful green park on the Seca peninsula, the others are in the parks of Izola, Piran and Koper. International symposiums have been organized in four locations, beside Seca are in Kostanjevica na Krki, Maribor and Ravne na Koroskem. The sculptures are made from the available materials. In Seca the sculptures are made from stone, in Ravne na Koroskem are made from steel, in Maribor from concrete and in Kostanjevica na Krki from the oak wood. The sculptures are exhibited in the city, its surroundings, in the gardens of the former cloister and in the natural environment. In the year 1998 Forma Viva started to work again after the ten years of stagnation. The meetings should now be organized every two years.

View through the sculpture

Forma Viva with a view of Portoroz

Park of sculptures on peninsula Seca near Portoroz

View of Portoroz and Lucija

The way to the Secovlje Salina Nature Park and Garden of Cacti from Fo... 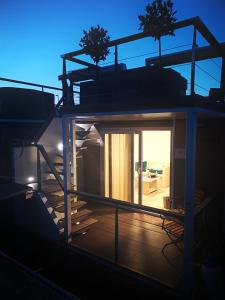 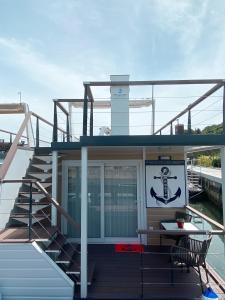 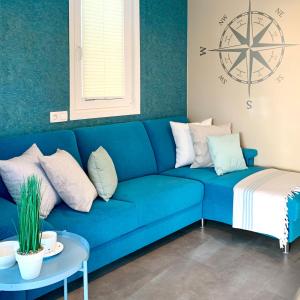 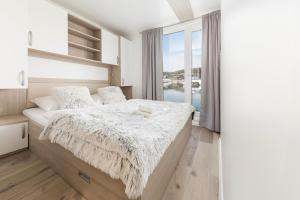