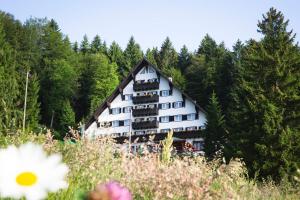 Fram Waterfall is situated by the road from the village Hoce to Slivnica Pohorje. You can leave a car in the parking place in the nearness of the regional road Hoce-Areh-Bellevue. Fram Waterfall or with the other name Skalca Waterfall in located near the spring of Fram brook. You will cross the interesting wooden footbridge. Round the waterfall is nice path and from there you can safety see about 14 metres high waterfall. Fram brook springs in two sides. The first one is under the Kager house and the other is under the hotel Zarja. The brook flows in the natural surroundings all to the lowland of the village Fram. Sometimes was exploited in the economical purpuses. It was highly developed miller's and olive's trade.

Path from parking place near crossing for Areh, Bolfenk, Hoce

Wooden footbridge that we cross on the way to waterfall

Water from waterfall sprinkles all around and creates rainbows

View of waterfall from side

View of footbridge under waterfall from upper side

Return on the circular footpath back to parking place 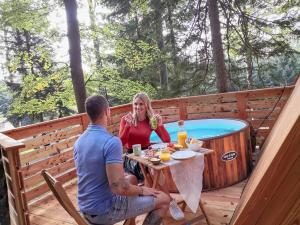 Pohorje
The woods of Sinic - Glamping in... 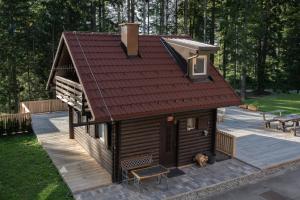 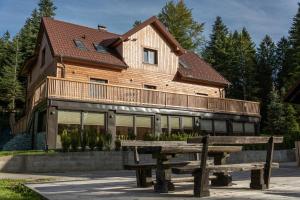 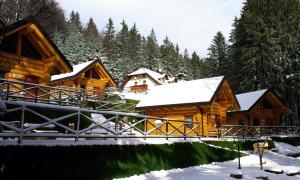