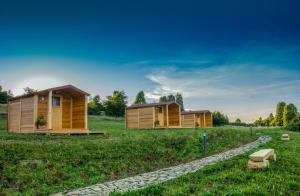 Zagorje is a small village in the Municipality of Pivka in the Inner Carniola region. In the village is a parish church, which is dedicated to Saint Helena and the chapel at the cemetery, which is dedicated to Saint Paul.
The Kalc castle is located near the village Zagorje in the Valley of the Pivka Lakes. At Kalc, a mansion was built by the nobleman George Steinberg around 1620. It was named after the local term kal (a Karstic pond) that refers to a sinkhole pond, a pool or watering place for livestock. In 1684, Fran Anton Steinberg (1684-1765) was born at Kalc. He was the supervisor of provincial roads and the manager of Idrija's mercury mines. He is known for his contributions to the development of mechanics, maths, cartography and karstology on Slovenian territory. From 1843 onward, the Kalc mansion was the property of the politician, poet and Slovenian patriot Miroslav Vilhar (1818-1871). On 9 May 1869, he organized the 6th meeting of all Slavs where eight thousand people demanded a United Slovenia (the unification of all Slovene-inhabited areas) and equal rights for the Slovene language. Kalc thus became the centre of a cultural and national movement. Fran Levstik, the author of tales Martin Krpan, lived here as a tutor for Vilhar's children. Kalc was populated and a part of the village of Bač until 1919.
From a large complex with an outbuilding and a chapel has been preserved, as has the avenue lined with chestnut and linden trees. In the vicinity of the castle, the Pivka river springs. In times of heavy rains, intermittent lakes arise in surroundings.

Road to the Kalc Castle

Ruins and the information board

Information board and the Kalc Castle in the background

Remains of the Kalc Castle

Ruins of the outbuilding

Tower and remains of the walls

Remains of the walls

Sun above the Kalc Castle

In memory of the Slovene mass meeting in year 1869

Detail on the wall

Trees in the neighbourhood

View of the neighbourhood

Pivka River near the its source

Village Zagorje in the background 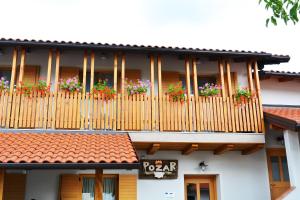 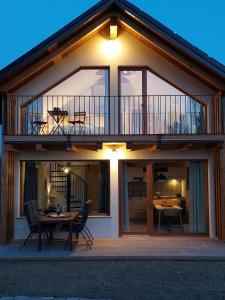 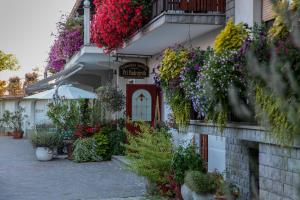