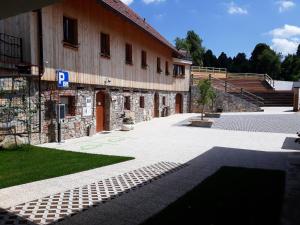 Dining room on the ground floor

View of the entrance part of Sneznik Castle

Rooms are equipped with original furniture

Trophies of the chase

Ornamented stoves are in many rooms

Ornamented stove in the room in Sneznik Castle

Room in the Egyptian style

Entrance hall with trophies of the chase

Old mechanism of informing between lords of the castle and servants

Roman tombstone and book of guests opinions in the castle

Slovenska vas - Ecomuseum of the Seasonal Lakes of Pivka
(~28.7 km) 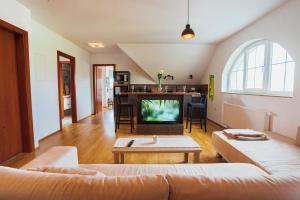