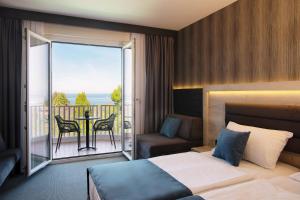 Izola is a smaller littoral town, which attracts many visitors through all the year. Cape Petelin with the lighthouse is the popular place for a walk. They also have benches on which you can sit and enjoy in wonderful views to the sea. In summer time is this place thronged with bathers and lovers of the sun and sea activities. Beside the Cape Petelin is also the smaller park. Major things worth seeing in Izola are also Italian elementary school Dante Alighieri, Parenzana museum, Trg padlih za svobodo (Square), Soncno nabrezje, Manzioli Square, the Church of St. Mary of Haliaetum, the Cape Petelin, port (madrac), Municipal palace (City Hall), the Church of St. Maurus, the Besenghi degli Ughi palace, the Chapel of the Brotherhood of Flagellants, Scuola Batutti, Trg republike (Square), the pavilion and fountain in Pietro Coppo Park, the Church of Saint Rocco and others. During summer months they organize different concerts, street performances and other.

Park between the coast and Kopaliska Street

Benches in park below Kopaliska ulica

View of Marina Izola in the background

Palm trees on the way to lighthouse

View of Cape Petelin in Izola

Lighthouse on the Cape Petelin in Izola

Lighthouse in the evening

Promenade at the lighthouse

Children's playground at the lighthouse

Trees on the way between Cape Petelin and the Church of St. Maur

Path above the beach in Izola 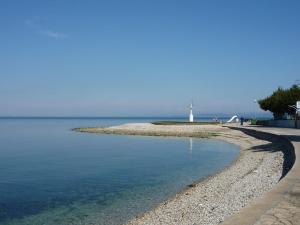 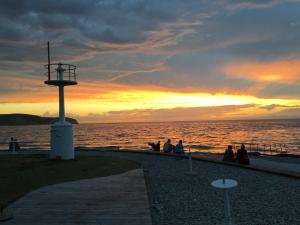 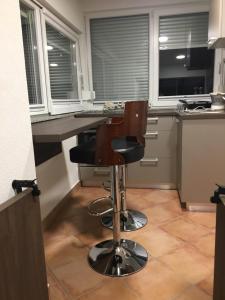 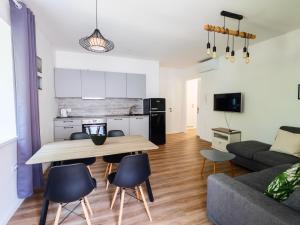