The Carthusian Monastery Bistra is situated in Vrhnika Commune in the southwestern border of the Ljubljana swamp. The beginnings of the monastery go to the year 1220, when the Carinthia duke Bernard Spanheimski invited to Kranjska the first Carthusian monks. Bistra was one of the fourth Carthusian Monasteries in Slovenia. Beside Bistra were also Zicka Carthusian, Pleterje Carthusian and Jurkloster Carthusian. Bistra reached its highest point in the economical and cultural development in the 14th century. The monastery was through centuries many times affected from earthquakes and fires. From the medieval plan was only preserved the small part of the Gothic cloisters from the year 1449. The kernel of the building was the one nave church from the 13th century, which was demolished in the year 1808. It was standing in the place where the courtyard opens today to the park. The Chapel of Saint Joseph, which is decorated with frescos and stuccoes of Anton Cebe from the 18th century is located by the present baroque crossing to the inner yard. By the brook were in the 16th century built the farm buildings. The monastery was in the 17th century renovated and added the baroque arcades. The Hapsburg emperor Joseph II. in the year 1782 published the decree about dissolving of the monasteries. The monks had to left the monastery and with the property managed the state. In the year 1826 bought the buildings and the surrounding property the manufacturer and merchant Franc Galle. He changed the monastery to the manor house. The manor house was afther the second world war with all the property nationalized. Technical Museum of Slovenia is in the Cahteau Bistra from the year 1951.

Road between Vrhnika and Borovnica that goes along Bistra Carthusian M...

One of the affluents of brook Bistra that flows on the north side of B...

One of the sources of Ljubljanica near Bistra Carthusian Monastery

View of the Ljubljanica spring and Bistra monastery

Footbridges between carthusian monastery and other museum buildings

Wooden bridge to the museum in the carthusian monastery building

View of the bridge from charterhouse direction

Road between Borovnica and Vrhnika

View of road between Borovnica and Vrhnika in the part that goes betwe...

West side of charterhouse

Main entrance in the former charterhouse with small tower

Coffeehouse on the inner side of monastery

View from the yard on the north side of monastery

Northwest side of Bistra monastery

View of the corner balcony

South side of the monastery yard

Arcaded corridors on the south tract of Bistra monastery

Southwest side of Bistra Carthusian Monastery

View of the building in the central part of monastery

Balcony on the central part of monastery building

Passage to canoe and Roman tombstones

Five scenes from the life of St. Jozef on the chapel arch 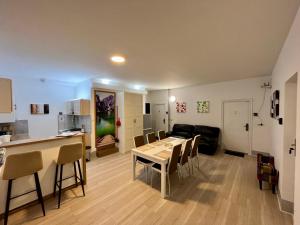