Koper is a picturesque historic town located between Ankaran and Izola. It is the largest city on the Slovenian coast and the center of the Municipality of Koper. The Port of Koper, which is the only international cargo port in Slovenia, extends along Koper.
The old core of Koper is located on a former island, which joined the mainland with embankment and natural route. A new town center and harbor were built in the inhabited area, and new residential neighborhoods were created on the surrounding hilly slopes. The historic center of the city, marked by many important cultural monuments, has preserved the basic features of the Middle Ages. The largest architectural landmarks are the Praetorian Palace, the Koper Tavern, the Muda Gate, the 15th-century Loggia, the Fontica, the De Ponte Fountain, the Casa Veneziana, the Carpacci House, and Foresteria and Armeria. The largest sacral heritage are the Cathedral of Mary's Assumption, the rotunda of Saint Elija, the Rotunda of Saint John the Baptist, the church and monastery of St. Elija, Franciscan monastery of Koper, the St. Anne's Church and the church of St. Jacob. The St. Nicholas church was built before the year of its last consecration, in 1594. In the church interior is visible a one-nave space, which is decorated with large canvases of Venetian masters from the first half of the 17th century. Scenes of the artwork depict the life of Saint Nicholas. The painting on the altar is a copy of Carpaccio's work from a booth entitled Mary with a Child on the Throne with Saint Nicholas and John the Baptist.
St. Nicholas was the patron saint of sailors, so the church was attended mainly by sailors and their families. In the last century, many votive pictures and other gifts brought to the church by fishermen and sailors as they survived the accident at sea were still hung.

St. Nicholas Church - Seat of the former Brotherhood of Fisherman and ...

Smarje - Church of the Immaculate Mother of God
(~5.4 km) 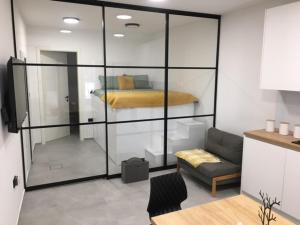 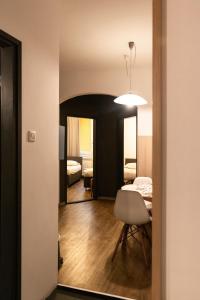 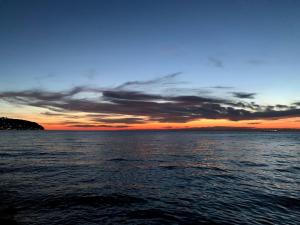