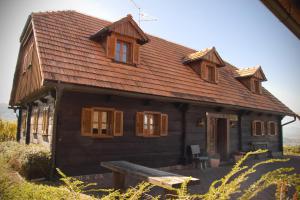 Most Beautiful Trips - Sentjernej with neighbourhood

The Bozidar Jakac Gallery is situated in Kostanjevica na Krki. It was established in the year 1974. Most of the pictures are from expressionists. The first starts of the gallery goes back to the year 1956, when was in the places of the elementary school established The Gorjup Gallery. The Gallery Bozidar Jakac is situated in the rooms of the former Cistercian monastery, which the local people also call it Kloster or Kostanjevica Castle. Before the entrance to the gallery is beautiful lime avenue, which in summer times gives nice shadow. The Church of the Virgin Mary and the cloisters are the oldest part of the monastery. The church originates from the middle of the 13th century. In the 18th century was renovated to the baroque style. The wall above the main entrance was painted in the year 1737 by Franc Jelovsek. In the 19th century the monastery was condemned to dilapidation, but the worst part was, when the monastery was burnt down between the Second World War. Furthermore, in the year 1956 was destroyed the church tower. The renovation began soon after the war, under the direction of the France Stele. It is still continuing today, under the cover of the group of the institution for the protection of the natural and cultural heritage. In the gallery are permanent exhibitions of Joze Gorjup, Tone Kralj and Bozidar Jakac. Gradually, with renovation of the rooms, the gallery has the exhibitions of France Kralj, Zoran Didek, France Gorse and Janez Boljka. Specially interesting is the art collection of old masters from the nearby Pleterje monastery. The castle grounds are used to exhibit over 100 large wooden sculptures from Forma Viva, an international exhibition once held in several places in Slovenia from 1961 to 1988 whereby sculptors worked with materials assosiated with the area. Here it was oak, in Portorož stone, iron at Ravne in Koroška and shudder concrete in Maribor. In the future Forma Viva will be organized every two years. Lamut Art Salon is dislocation of the gallery and is situated in the city centre. The painter and graphic artist Vladimir Lamut completed a large portion of his work here in Kostanjevica.

Entrance with a view of the monastery church

Entrance in the church

The main entrance with the western church facade

The main entrance in the Kostanjevica Castle

Fresco above the main entrance

The arcaded corridors in the Kostanjevica Castle

The arcaded corridors with well

View of the entrance in the monastery church

View of the arcaded corridor 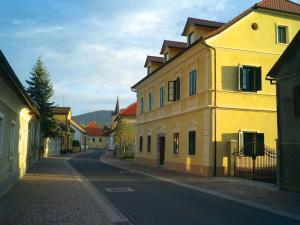 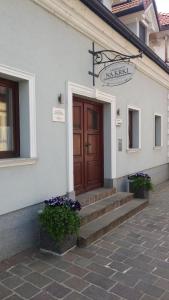 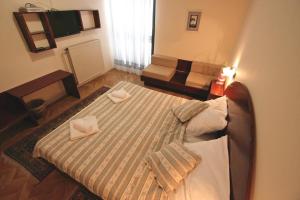