Kranjska Gora is a well-known sports and tourist center, located in the upper part of the Valley at the mouth of the Pisnica into the Sava Dolinka, beneath the mighty peaks of Razor (2601 m), Vitranc (1631 m) and Mala Mojstrovka (2332 m). As a tourist destination, Kranjska Gora became famous with the construction of the railway line and the first visitors. In the later times, however, the summers and the jumps in Planica brought the name of the valley and Kranjska Gora into the world. This contributed to the rapid tourist development of the area, especially when the first ski lifts were erected on the slopes of Vitranc in the late 1950s. Skiing has a long tradition in the town. The opening of the first ski lift was in 1984. Today, Kranjska Gora has thirteen ski lifts and six chair lifts, one of which has a two-chairlift and four four-chairlifts. Snowy beach is an area with a wide variety of culinary facilities, located at the foot of the ski slopes in Kranjska Gora. The catering offer of Snowy Beach includes the following: Bedanc - offering lunches with home-cooked meals, Bedancek with brunches, Ostarija - home-cooked meal, Rozletov burger with fast food, Razigrana Mojca - snack offering, Lacni Kekec having a wide selection of grilled dishes and Pehtin lonec - buffet lunches and snacks, homemade desserts. 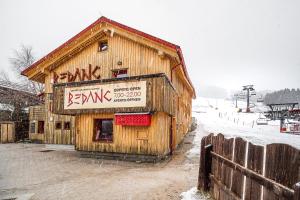 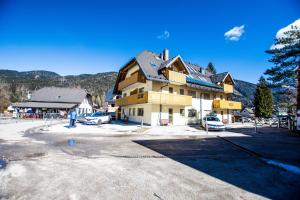 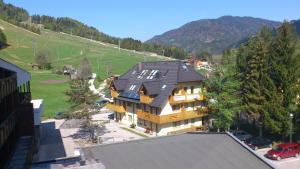 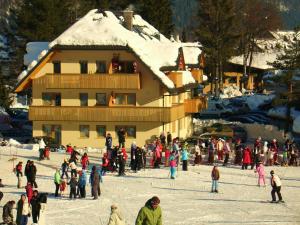