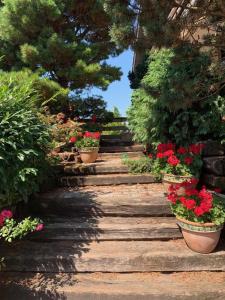 Vodice and Komenda with neighbourhood

Most Beautiful Trips - Vodice and Komenda with neighbourhood

East of the small village of Križ, is located the half-hectare Gajšek pond, which is several centuries old. The village is part of the Municipality of Komenda in the Upper Carniola region of Slovenia. The pond is fed by a small stream, which breathes some life into it.
Above the village of Križ, count Ahacij Turn built a castle on top of about 350 metre high hill in the middle of the 16th century. The small castle had the same name as the village - Križ. After it was burnt down during World War II, its history ended. Near to where the castle used to be, we will find Gajšek pond. The pond continued to exist also after the castle was destroyed, and today its bottom, which was cobbled by past castle owners, is hidden under a layer of silt. Close to the Gajšek pond, there was also an interesting church. Since it was suspected that it gave shelter to the Protestants, bishop Hren ordered its demolition. In the summer time, the local people used to bathe in the pond. In winter, they broke the ice that was formed on the pond and sold it wrapped up in straw, or kept it in deep cellars, so that it would last till summer, when the price for ice was even higher.
In the year 1958, the Bistrica Domžale Sport Fishing Association began to look after the pond and volunteer fishermen even built a small log cabin to make fishing at Križ Pond more exciting. The carpenter Plevel was especially active among these volunteers.

Footpath along the Kriski bajer Pond

Round footpath around the Pond Kriz

Tree in the pond

Footpath in the forest 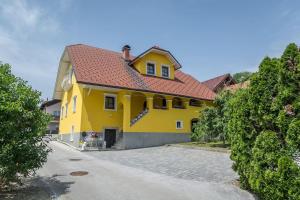 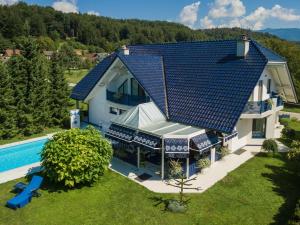 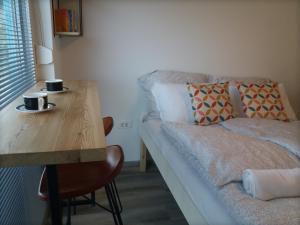 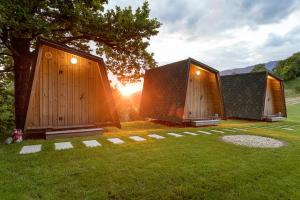