The Church of St. Kristof

Lasko and Radece with neighbourhood

Most Beautiful Trips - Lasko and Radece with neighbourhood

Lasko and its surroundings include sights in the municipality of Lasko. It borders on seven neighboring municipalities. Lasko belongs to the Savinjska statistical region and covers 198 km2, which ranks it at 26th place among Slovenian municipalities. The population is about 13.000.
Slavs immigrated to the surroundings of Lasko around the year 600. The inhabitants were under the influence of the German-speaking area and the Roman Catholic faith. The first official mention dates from 1182 in the record of the Styrian duke Otokar VI Traungavski. In 1598, Archduke Ferdinand granted the people of Lasko the right to elect a judge every year, and with it the coat of arms: three silver lilies on a blue field. The development of the railway in 1849 also brought development to Lasko.
In 1927, Lasko was declared a town on the occasion of the 700th anniversary of the first mention. There are many tourist attractions in the city itself, as well as in the beautiful surroundings. The varied history of the area has left many historic buildings, as well as many natural attractions. The most famous in Lasko are: the church of Saint Martin, Tabor Castle and Smihel. Tourists can also see the production of beer in Pivovarna Lasko, climb to the nearby Hum (583 m) or a little further away Smohor (787 m) and finally massage in the thermal water of the Thermana Lasko.
West of the town of Lasko is the church of St. Kristof, dedicated to Saint Kristof, who was to carry across the river Jesus Christ. A little further on in Kuretno is the Church of St. Catherine. St. Catherine is at martyr's death splashed milk from her body instead of blood, and angels carried her body to Mount Sinai. There is also a memorial plaque near Kuretno, which warns passers-by of the crash site of the Mustang P-51, which was hit by the retreating German army in the vicinity of Radeče on April 1, 1945.
The plane belonged to the Australian Air Force. Pilot Davies escaped and was hidden from the Germans by locals and partisans and joined Australian forces in Trieste. South of Lasko is the Gracnica valley. The small valley is extremely rich in tourist attractions. In the upper part of the valley, next to the Gracnica waterfall, the Smid Mill has been restored. The Carthusian Monastery Jurkloster has been restored and, according to legend, Veronika Deseniska is buried there.
The Living Wall monument commemorates the cowardly act of the occupiers, who took 25 children hostage. Rimske Toplice is known for its thermal spa, which was discovered by the Romans. The Slovenian poet Anton Askerc was also born near the place.

Church of St. Mohor on Smohor

The Church of St. Kristof

The Church of St. Michael

The Church of St. Catherine

Church of the Holy Mother 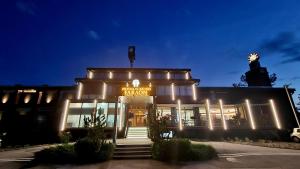 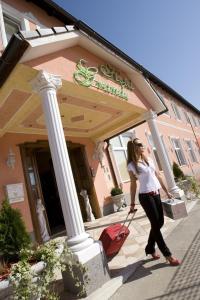