The City Hall, also called Rotovz or Magistrat, is the seat of the City of Ljubljana. It is located on Town Square, which, with its house, cathedral, diocesan mansion and fountain in the middle, is one of the most beautiful baroque ambiences in Central Europe.
At the beginning of the 18th century, the baroque building was rebuilt from two older houses by Gregor Macek, according to the plans of Carl Martinuzzi. The facade is one of the finest examples of mature baroque in Ljubljana. Later the building was rebuilt several times, most thoroughly according to the plans of Svetozar Krizaj in 1963. In the lobby of the Magistrate is a statue of Hercules with a late 17th century lion that once stood on the Hercules well in the middle of Old Square. It is the mythological motive of the hero from the ship Argo. A copy adorns the fountain in front of the Stiski Mansion in New Square. The statue depicts Hercules killing the lion below him. In the courtyard arcades is also the Baroque Narcissus well, which is the work of Baroque sculptor Francesco Robba (1698 - 1757). Robba married Theresa, the daughter of the stonemason of Luka Misle, in 1722. After his father-in-law's death he took over the workshop of the stonecutter and furnished the most important churches in Ljubljana with his creations - marble altars. He designed Robb's well for the city, located in the National Gallery of Ljubljana since 2008, with a copy of it before the Town Hall. At the staircase stands a monument to Mayor Ivan Hribar (1851 - 1941). At Town Hall, visitors can view the following exhibits: Historic Atrium, Glass Atrium, Central and Right Atrium.
The main purpose of the exhibitions is to present the projects of the City of Ljubljana. In addition, art exhibitions are organized in the framework of long-distance and international collaborations, as well as group and individual exhibitions by amateur or established artists.

Hercules Statue from the 2nd half of the 17th century 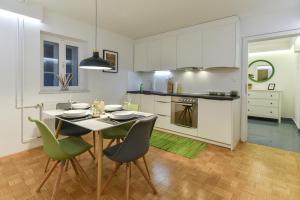 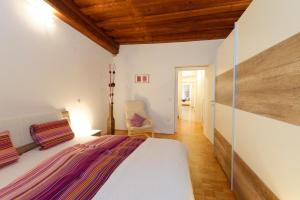