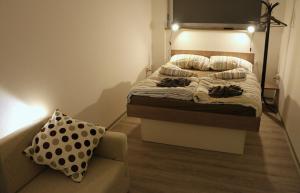 Ljubljana is the capital city of Slovenia. It is distinguished by its beautiful architectural appearance, marked by different historical periods, and by the most famous architect Joze Plecnik. His seal is most felt along the Ljubljanica River, where the Triple Bridge is located.
The symbol of Ljubljana is the dragon on the Dragon Bridge, and the most magnificent feature of the city is the Ljubljana Castle. The Castle View Tower offers visitors the most beautiful view of the city, in the castle premises there are several museum and other exhibitions on display, including Virtual Castle, Slovenian History and the Penitentiary. The city is marked by numerous markets, the most beautiful being the Town Square, with the Town Hall, the Diocesan mansion and the well in the middle. It is considered one of the most beautiful Baroque ambiences in Central Europe. The most important building on the square is the Town Hall or Rotovz, which is today the seat of the City of Ljubljana. The following exhibition spaces are on display in the house: Historic Atrium, Glass Atrium, Right and Central Atriums.
The Glass atrium is located between the Right and the Central Atrium. It is a closed space with lighting suitable for exhibitions, it also has gallery stands for hanging paintings. The glass atrium is suitable for the preparation of all kinds of small-scale sculpture, painting, architecture, photography and multimedia exhibitions. The Town Hall was built in the late 15th century. The builder was Peter Bezlaj. It got its present appearance between 1717 and 1719, when it was built by Gregor Macek according to the plans of Carl Martinuzzi. The building was later rebuilt several times, most thoroughly in 1963 according to plans by architect Svetozar Krizaj. The Town Hall facade reflects Venetian influence.
In the lobby are preserved a statue of Hercules with a lion from the 17th century and a late Gothic plaque with a coat of arms, which is the remains of an old building. In the arcades of the courtyard stands the Narcissus Fountain, the work of Francesco Robba, who was initially located at Bokalce Castle. 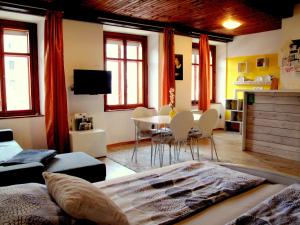