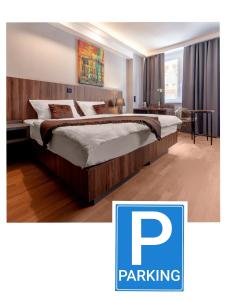 Ljubljana is the capital town of Slovenia since 1991. It is a popular tourist destination that attracts many visitors throughout the year. It was first mentioned in the written sources around the year 1120.
Today, Ljubljana is the cultural, administrative, transport, economic, political, research and educational center of Slovenia. Ljubljana Castle is a mighty medieval fortress, which is a symbol of the capital. It stands on the edge of the Castle Hill, just above medieval Ljubljana. You can drive to the castle by car, or go with a funicular railway from Krek Square in the old town or walk along one of the well maintained trails. The Ljubljana Castle evolved from a fortified tower with a defensive wall before the first mention of Ljubljana. On the hill where the castle stands, however, the presense of man has been confirmed since the late Bronze Age. Throughout its rich and varied history, Ljubljana Castle has undergone many changes and witnessed many important events that influenced the development of Ljubljana and Slovenia. At the end of the 18th century, the owners Habsburgs wanted to abandon it, but did not demolish it, because of the protests of the Carniolan provinces. The castle was purchased by the mayor Ivan Hribar on behalf of Ljubljana in 1905. He made it a cultural center. Today, Ljubljana Castle is an extremely attractive tourist destination and the venue for many concerts, cultural events, film and theater performances and exhibitions. The Ljubljana Castle offers the following views: tower, castle chapel of Saint George, permanent exhibition Penitentiary, permanent exhibition Slovenian History, Dwelling Hall, Frederick Tower and Frederick's Room, Rustic Home and Arts Sales Gallery, Shooter Tower and Pentagonal Tower. Virtual Castle has about a twelve minute projection of the history of the castle, its architectural development and archaeological findings. The Castle Inn offers typical Slovenian dishes made according to modern recipes.
The Castle Cafe offers its guests a wide selection of coffees and other beverages, fruit bowls, coctails and selected sweets. During the summer, the castle courtyard is dedicated to various events, the most visited of which is the movie watching Under The Stars. 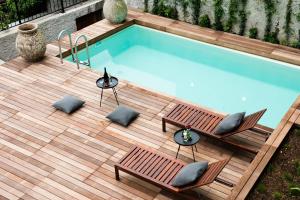 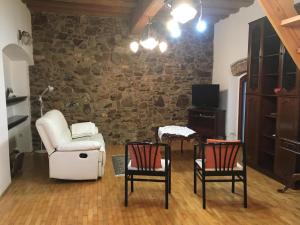 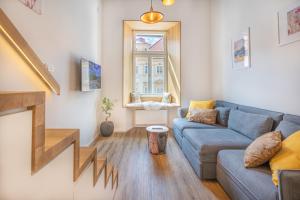 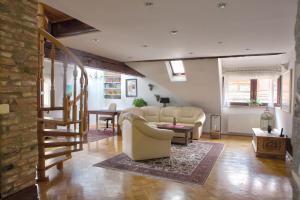