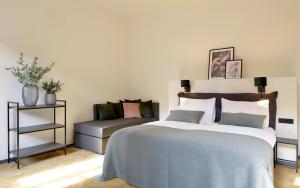 The stadium called Ljudski vrt (People's garden) is located near the centre of the city Maribor. It is the second greatest stadium in Slovenia and it is the pride of the city. The stadium is one of the most modern settled Slovenian stadiums and it suits to all demands of the European football union for playing the footballs matches. The stadium Ljudski vrt was built in the year 1962 and it got the name by the city's public tree park that was built in the year 1873 on the land of the present stadium. In the year 1994 they replaced the wooden seats with the plastic ones and in that time the stadium also got the lighting. In the year 1998 the plastic seats also replaced concrete standing room on the uncovered tribunes. In the year 1999 was renovated the lodge and they increased the capacity of the stadium with the construction of the three new rows on the uncovered tribune. The general renovation was finished in the May in the year 2008. The old tribunes stayed in general unchanged, but the other ones were destroyed and built ones again. All the seatings are under the roof. The stadium accepts about 10030 visitors now. Beside the stadium are also the two auxiliary playgrounds, one with artificial grass and with the lighting.

Southern side of stadium with neighbourhood

Stadium with floodlights on southern side

Eastern side of stadium in Maribor

Entrance at southeast side

Promenade on eastern side of Stadium Ljudski vrt

Platform on northern side of stadium

Northern side of stadium

Stairs to the entrance on northeast side 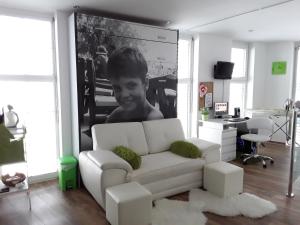 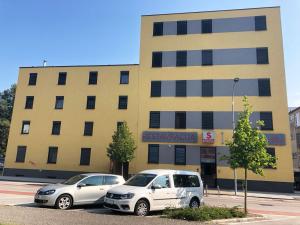 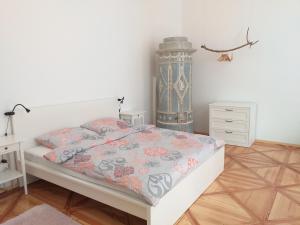