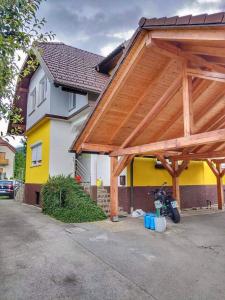 Nazarje is a village, which is located at confluence of rivers Savinja and Dreta. It is the central place of the municipality Nazarje. The village was mainly built after the Second World War. Nazarje is also the administrative centre with textile, electrical and wood industry.
Cultural sights in Nazarje are the Castle Vrbovec, the museum of forestry and woodcraft, the Franciscan monastery Nazarje, the parish Church of the Feast of the Annunciation, The nunnery of St. Clare and other. The Castle Vrbovec is situated on the flat rocky plateau at confluence of the two rivers. The castle was built in the first half of the 12th century and it got its actual form probably around the year 1480. Among the Castle Vrbovec owners there were the Aquileia patriarchs, counts of Vovbrk, famous counts of Celje and the Habsburg dynasty. In the 1615 the castle was bought by the diocese of Ljubljana which kept it until the Second World War.
Today the Castle Vrbovec hosts some private companies, administration of municipality Nazarje, institutions of management of woods of this area, restaurant, wedding hall and a museum of forestry and woodcraft. Renaissance parts of the building (three corner towers, the west wing, the outer wall of the north wing) were renovated in the contemporary style in the year 1992. The old part of the castle was arranged into a park and to a viewpoint. The Franciscan monastery is located on the lookout hill Gradisce above the confluence of rivers Savinja and Dreta.

Confluence of Savinja and Dreta

Entrance into the castle

Parish Church of Our Lady in Nazarje

Monastery of the Poor Clare Sisters

Information boards and photos at yard 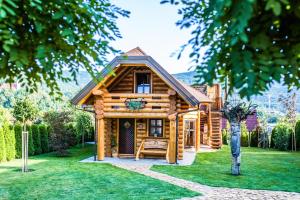 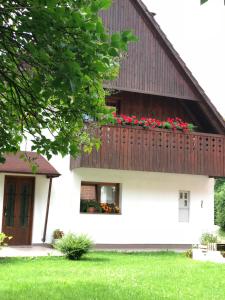 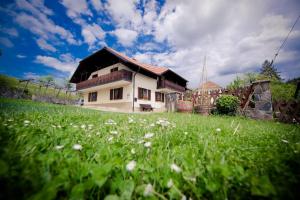