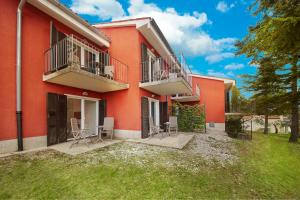 Source: Public information of Slovenia,
The Surveying and Mapping Authority of the Republic of Slovenia,
State map in measure 1 : 1.000.000, 1995
www.gu.gov.si
The Coastal region lies in the southwestern part of Slovenia. It's the only one with the exit to the sea. It includes eight municipalities, including the municipality of Koper. The region is characterized by the sea and the port of Koper.
Just like the Gorizia region, the Coastal region was under Austrian rule until the First World War. Italy in exchange for accession to the Entente forces could occupy the Coastal Region. Especially with the rise of Mussolini's fascists, the process of planned assimilation of Slovenes began. The Yugoslav Army liberated the occupied territories in World War II.
By signing the Osimo agreement, it was also the officially recognized border between Yugoslavia and Italy. Economically, the region is very strong in services; trade, tourism and transport generate more than a third of gross value added. The largest city is Koper and like all coastal cities has a long history.
The city developed the most under the Venetians. The era of Napoleon and the Austrian authorities, however, signified the decline of the city, as Trieste became the main port in the northern Adriatic. For the development of the wider region, the construction of a narrow-gauge railway, which connected Trieste and Porec from 1902, was important.
After the Second World War, Koper developed rapidly. Many people from the hinterland have immigrated. After Slovenia gained independence, the port gained the status of a strategic investment. In the municipality of Koper, the same as in Piran and Izola, legally introduced bilingualism, which according to the Constitution belongs to the Italian national community.
The city of Koper is more than a tourist, economic center, however, there are quite a few tourist attractions in the city: the old town includes the Muda city gate from 1516, the Da Ponte well is a reproduction of the Rialto Bridge from Venice and the pillar of Saint Justina who is monument of the locals to the largest battle between the Holy League and the Ottoman Empire in 1571 at Lepanto.
In the vicinity of Koper we can climb Slavnik (1028 m), which is a popular excursion destination or we descend to the Holy Cave on Socerb, which is the only underground church in Slovenia. The coastal region also offers the following destinations: Ankaran is the youngest municipality in Slovenia.
In addition to the tourist flashes, the municipality also has the Debeli Rtic Youth Recovery Center and the Valdoltra Orthopedic Hospital. The smaller bay of Fiesa is a popular holiday village with two lakes.
Izola is an ancient fishing village where you can see the Parenzana Museum, about the former Trieste - Porec railway line. Above the town, a 244-meter-long stone-walled Salet tunnel, part of the former railway line, has been restored.
Piran is the most beautiful and most visited municipality on the Coast. Together with Portoroz, it forms a comprehensive tourist offer. There are also salt mines in Secovlje and Stunjan.
The Inner region comprises the Karst world. It includes 6 municipalities. During the Romans, the region made its way to Ljubljana with a turn to Rijeka. From the 14th century onwards, the region fell under the Habsburgs.
During the First World War, there was a hinterland in the area, after which a large part of Inner region belonged to Italy. Economically, the region is weak, especially industry. Agriculture is stronger because the average area per farm is among the largest in Slovenia.
The largest city in the region is Postojna, where is also the most visited tourist attraction in Slovenia, the Karst Cave - Postojna Cave, inhabited by a human fish.Since its discovery 200 years ago, the cave has been visited by 36 million visitors. The beautiful Predjama Castle is also nearby. Cerknica is best known for Cerknica Lake, which is the largest lake in Slovenia.
The lake is intermittent, because through the huge esophagus more water drains during the dry season than it flows through the tributaries. The most beautiful view is from Slivnica Hill (1114 m), where witches reside. The Rakov Skocjan Landscape Park is also very beautiful, where you can see many of Karst's natural sights (caves, bridges).
Sneznik Castle is one of two castles in Slovenia that has preserved authentic furniture and equipment. Ilirska Bistrica was an important place in the past with a highly developed timber industry, which supplied Trieste and the River.
The city lies on a fossil avalanche that collapsed 2 million years ago and covers more than 5 billion m3. Komen lies on the Komen Karst. The place and surroundings are suitable for cycling and hiking. Karst teran and prosciutto are the culinary specialities of these places.
Pivka had an important defensive function in Yugoslavia. The barracks near the city emphasized the importance of defending the country. In Slovenia, a military museum has grown up in the former barracks, where aircraft, tanks and a submarine are on display and a military train is in the pipeline.

Presentation of the classical riding school

The Botanic Gardens of Sezana 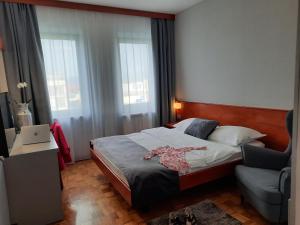 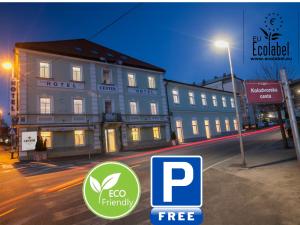 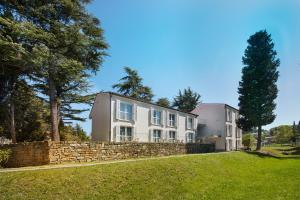