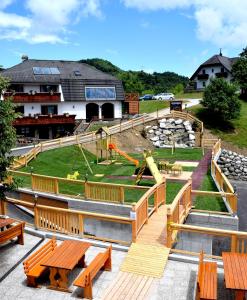 In the castle tower of the Monastery Olimje is an old pharmacy, which is the third oldest monastic pharmacy in Europe. Before this pharmacy are only older pharmacy in Paris and pharmacy in Dubrovnik. Arched and circular room of the former pharmacy was painted with frescos in 1780 by master Anton Lerchinger from Rogatec. Frescos have great artistic value and tell us about the path to happiness and health. In 1782, Emperor Joseph II. dismissed the Pauline monks and monks wer expelled from Olimje. By the year 1950 the pharmacy room was a store for produces from field. The herb tradition was revived again by Minorite monks.
Today we can buy in the pharmacy many tea mixtures, tinctures, ointments and similar natural healing products. Products are prepared after old and tested recipes. Plants are planted in the garden in front of the monastery, which we can also visit. They have planted about 200 kinds of plants.

Old Pharmacy in the monastery tower

Frescos of Anton Lerchinger from Rogatec

Frescos tell us about the way to health and happiness

Fresko on the ceiling

Selling of home-made medicine in the shop of Monastery Olimje 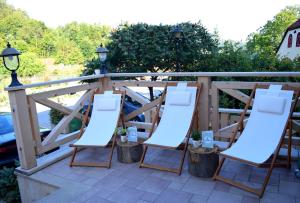 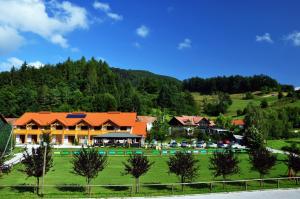 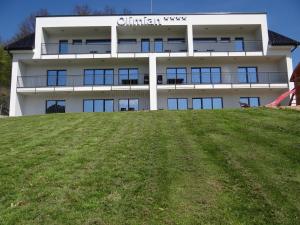