Piran is an old seaport, which lies at the end of the Piran peninsula. The peninsula gradually narrows between the bays of Piran and Strunjan. The peninsula ends with the Cape Madona. Piran has preserved the medieval layout with compact houses and narrow streets, which rise in steps from the coastal lowland into the hills and give the Piran a typical Mediterranean appearance.
Today is Piran a trade and administrative centre, and together with Portoroz, is also an important tourist place with many hotels, vacation homes, restaurants, cultural institutions and events. Many domestic and foreign visitors attracts with its reach cultural heritage and picturesque location.
Kidric Quay occupies the coastal part in the old town core and it is popular mostly for walkers. In this area we can see the neoclassical Travesini Palace from the year 1826, the marina, the Aquarium, the Tartini's Theatre, Hotel Piran, many bars and restaurants. The design for the theatre was made by Giacomo Zamatti and Gioachin Grassi, the painting is the work from the painter Napoleon Cozzi. The Tartini's Theatre was open in the year 1910. The theatre hall and the entrance area are enriched with paintings and architecturally luxuriously arranged.
The Aquarium is located at the inner bay of the Piran port on the Kidric Quay No. 4. It was founded in the year 1967. In the Aquarium we can see common snaper, common octopus, bass, wrasse, ormer, shark, grey mullet, spiny dogfish, roach and many more of the sea animals. The Hotel Piran was built in the year 1964 and was almost entirely renovated in the year 2002. It has three stars, it is modern equipped and offers guests a variety of culinary delights.

Travesini Palace near marina in Piran

Kidric Quay near marina in Piran

Aquarium in Piran before renovation

View of renovated building of Aquarium and Tartini's Theatre

View of marina and Kidric Quay in Piran

View of the beach near Hotel Piran

Hotel Piran that is located between Kidric and Preseren Quay 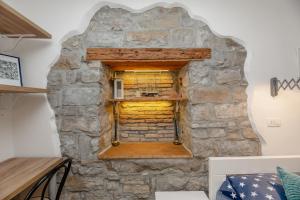 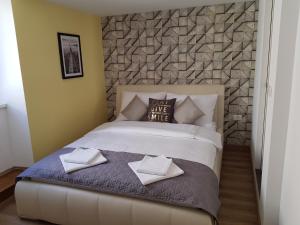 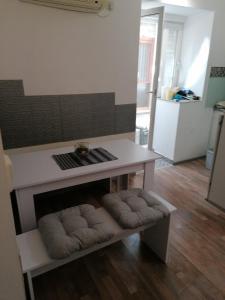 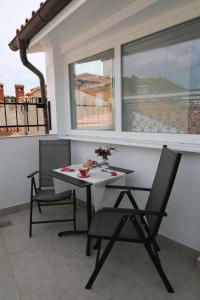