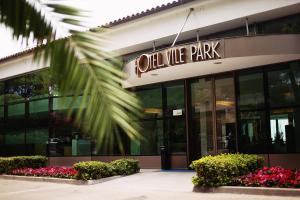 Piran is a beautiful seaside town visited by many tourists. The Baroque, almost rectangular 1St May Square is located in the very heart of the city. Until the 13th century, it was the main square with the town hall. It is surrounded by a one to three storey house.
Most notably, two baroque buildings stand out. One is on the southwest side and has a baroque iron balcony, the other is on the other side with stone balconies that have columnar fences on three floors. In the middle of the square is a large Baroque well dating from 1776. It consists of a stone fence and a large raised platform of rectangular shape. Next to it on the staircase are standing allegorical figures of the Low and Justice. The date and the message of the purpose of the building (lack of water) are engraved on the Low shield, and on the Justice shield the emblems of aristocratic families. You can also see St. Donat's Church on the 1May Square. The church was built on the initiative of the Del Senno family. The family came to the town of Piran in the 13th century. It is dedicated to the martyr Donat. It was used for worship until 1824, then it served as a municipal storehouse.
The altar from the church of Saint Donat was transferred in 1940 to a chapel in Portoroz. The church was given its present appearance at the time of its renovation, which was at the end of the 1980s.

West side of 1st May Square

View of the central part of 1st May Square in Piran

Statues of the figures of Justice and Law from year 1776

Statue on the right side

Statue on the left side

1st May Square in Piran

Wells on the 1st May Square

Well on the 1st May Square

Balcony of the former municipal palace

Stone boy that once held pipes through which rainwater streamed down

South side of 1st May Square in Piran 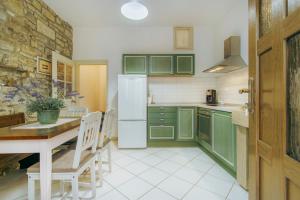 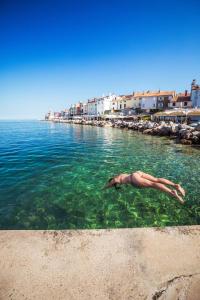 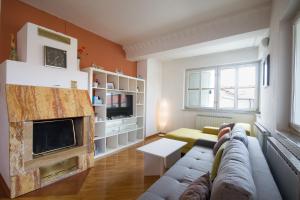 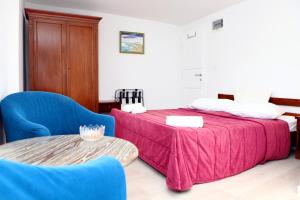