Piran is a beautiful seaside town, which lies at the Cape of Piran peninsula. The narrow Trubar street is located in the heart of the old town. In this part we can see the Poljska Gate, the St. Stephen's Church and the Jewish Square.
Piran was in the past surrounded by walls that were built gradually and were adapted to the medieval warfare. Till now has preserved seven town gates, which are former entrances to the town. The Poljska Gate are probably from the 15th century. Next to the gates was sometimes standing the church or chapel of St. James, which was connected with the former Town Hall and Loggia.
The St. Stephen's Church is located at the renovated Jewish Square. It is one of the oldest churches in Piran. In the 13th and 14th century belonged among the most important religious buildings in town. There were gathered local people and decided about the important questions about the town. Inside of the church we can see sculptures of St. Stephen and St. Lawrence. The pictures of painters Jakob and Matej Palma are located on the altars. The church has a rich Baroque facade.

Side streets in Trubar Street

Trubar Street before connection to the 1st May Square

View back on Trubar Street near the St. Stephen's Church

The Jewish Square in Piran 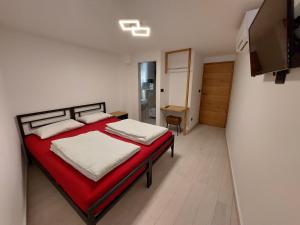 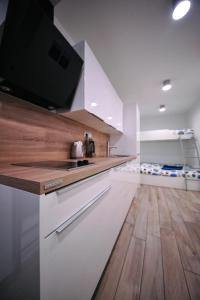 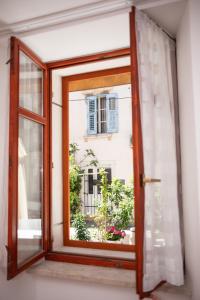