Podsreda is a smaller village, which belongs to the Kozje Commune. The commune as an independent unit exists from the year 1958. Podsreda was first mentioned in the year 1377. To the square rights and privileges today still reminds the pillory. In the middle age the village experienced the largest blossoming. After many plagues and the fire in the end of the 18th century the square did not recover any more. The medieval ground plan preserved in spite of all and was proclaimed for a cultural monument. The ground plan of the village is funnel shaped. The main street is from both sides surrounded with houses. They are turned to the square with the longer side. Houses are mostly two storeyed and singlestorey. The subsidiary buildings and farm buildings are located behind the residential houses. In Podsreda we can see the interesting Church of Saint John Baptist, which was already mentioned in the year 1426, the monument for National Liberation War, which was open in the year 1962 and other. Next to the monument is a vault with posthumous remains of fourteen fighters of the Kozjanski battalion, who fell in the year 1943. In the nearness is the Stations Way to the Old saint mountain. In the surrounding of Podsreda are Kolar and Jeversek home, Levstik mill, curacy and Podsreda Castle. In Javersek home was born mother of Josip Broz – Tito, Yugoslav statesman and revolutionary.

View of Podsreda and the Way of the Cross

View of the Way of the Cross from Podsreda

The Way of the Cross on Stara sveta gora

Church of St. John Baptist at the end of settlement

View of the south part of Podsreda 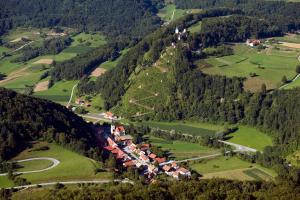 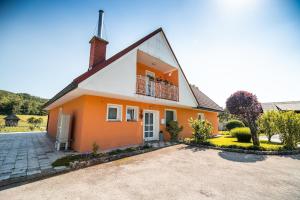 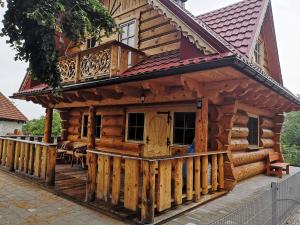