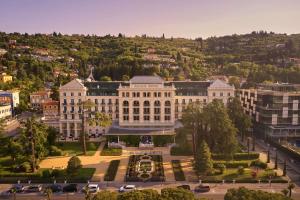 Portoroz is the world famous and largest seaside resort in Slovenia. Local and foreign visitors have long been attracted by the mild Mediterranean climate, sandy coastal plains and lush vegetation. It was probably known as a health resort in the 13th century. The first military health resort hotel was built in 1830. Towards rapid development helped the electric tram, which connected Portoroz with Piran and the former railway station in St. Lucija. Portoroz became an international tourist destination with the summer and winter season already before the First World War. The place experienced a strong development of tourism after 1971, when the Emona Hotels, the luxury Metropol Hotel and the Bernardin Resort in 1976 were built. In parallel with the construction of hotel complexes, the coastal bathing plain was artificially enlarged. Today, the beach in Portoroz is covered with piers, there is a promenade, a water sports center, a playground for children and more. The beach of Portoroz is divided into a sandy part and a grassy area, with both loungers available to visitors. There are also many restaurants and bars along the beach where we can relax in comfortable seats and enjoy delicious culinary specialities.

Promenade near the coast in Portoroz

Club Paprika on the Portoroz beach

View of hotels in Portoroz

Portoroz Bay and hotels in background

Part of the beach where is Water Sports Center

One of the piers on Portoroz beach

View of the sea on the beach in Portoroz

Children's playground on the beach in Portoroz

View of the beahc from the pier

Pier on the Portoroz beach

View of Portoroz beach in the group of hotels direction

Comfortable sits of the Glow Club on the beach in Portoroz

Promenade near sea to the Bernardin and Piran

Pier on Portoroz beach at the evening

Beds on the pier of Alaya bar 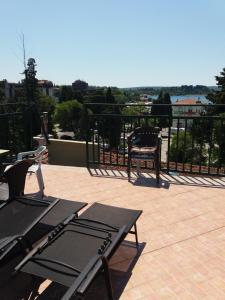 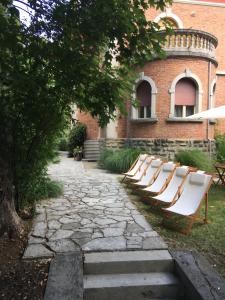 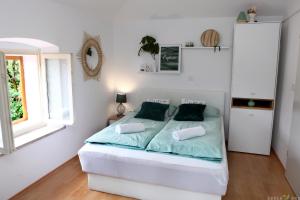 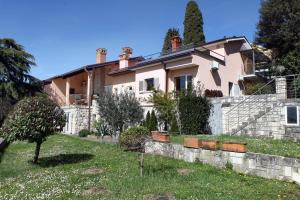