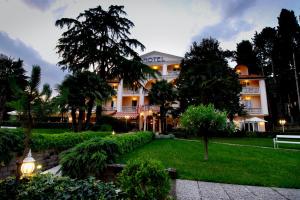 Portoroz is one of the most important and most visited tourist centres in the Slovenian coast. It belongs to the Piran Commune. It started to develop like the modern tourist centre only at the end of the 19th century. Before that was developed agriculture, fishery, wine and olive growing. The villa of the Saint Mark (San Marco) is located in the centre of the Portoroz. It was built in the classicist style in the second part of the 19th century. It has monumental garden staircase. Here you can also see the relief of the Venetian lion, which is built into a wall. The villa of the Saint Mark was created by the architect L. Furian. Along the villa is a park, where you can see interesting statue and an anchor. In the villa was also the museum about the history of the Slovenian navigation after the second world war, but it is now closed for the public.

View of the Villa St. Marco from the main Portoroz road Obala

Monumental garden staircase with a relief of a winged Venetian lion

The Villa St. Marco with relief of a winged Venetian lion

Relief of a winged Venetian lion

The Villa St. Marco that was build in the second half of the 19th cent...

The Villa St. Marco in Portoroz

Entrance in the Villa St. Marco in Portoroz

Park near villa with sculpture

Sculpture in the park near villa

Sculpture of musician under villa 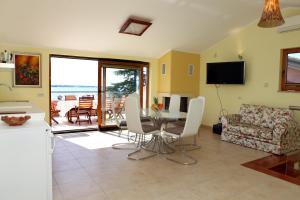 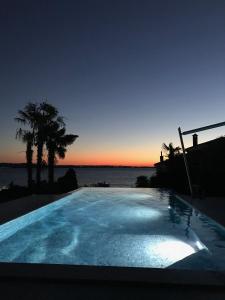 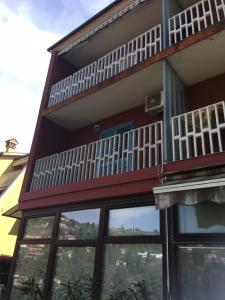 from 27 €
Portorož -
Your Rooms in Portoroz TM