Most Beautiful Trips - Postojna with neighbourhood

The Predjama Castle is located under the overhanging rock in the region Podgora, which is only 9 kilometres from Postojna, beside the village of Predjama. It is also called eagle nest of the robbery knight Erazem Predjamski, about who exists lots of legends. The Predjama Castle is carved in the vivid rock. It was existing already in the 13th century, probably sooner. It was managed by Jamski, which belonged under the Oglej property. After Jamski the castle was under management of the Adam Purgstaller and from the year 1567 were in it the family Kobenzl, who also provided for the renovation. The last aristocratic owners were counts Windischgrätzi from the year 1846 to 1945, which also changed the external image of the castle. The parts of the castle are different by style and by the time of the origin. The constructors used the advantages of the cave and with that they preserved the non conquery of the primary castle. The cave under the Predjama Castle is ramified with more parts with the several entrances. The most famous is the entrance through the Horse stable in which they discovered the traces of the minor stony and copper age and also from the Roman times. Today is in the castle museum, which is showing the medieval life of the knights. Amongst the interesting things are also residence rooms, chapel and prisons, some parts of the arms, oil paintings and Pieta from the year 1420. Every year is organized here the famous Erazem knight tournament, which attracts many visitors. The performance conjures up the former life in and beside the castle.

Predjama Castle with a scene of Erazem's Tour...

The church of Mater Doloresa from 15th centur...

The Cave below Predjama Castle

Chandelier in the lower salon of the Renaissa...

Kennels for the castle's hounds

Attic of the guard tower with loopholes and o...

Anteroom with a view of the balcony

Passage to the belvedere

Attic - quarters of the garrison

View of the wall in front of the castle insid...

The part of the castle inside the cave

View of the part of the castle inside the cav... 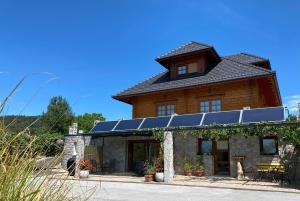 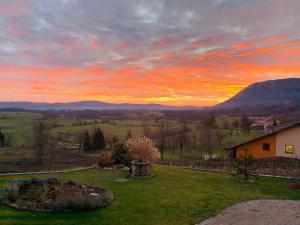