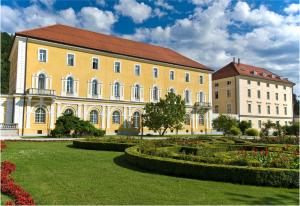 Rogaska Slatina and Rogatec with neighbourhood

Most Beautiful Trips - Rogaska Slatina and Rogatec with neighbourhood

Rogaska Slatina and Rogatec with neighbourhood have many natural and cultural attractions that attract many domestic and foreign visitors. Among them, the settlements of Rogatec, Rogaska Slatina, the royal spring and the cactus pavilion stand out the most.
Rogatec acquired market rights in 1283, which makes it one of the oldest markets in Slovenia. The largest local attractions are the church of Saint Bartholomew, Gornji Rogatec Castle, Church of Saint Cynthia, Sporn's Chapel, Strmol Manor, open-air museum, town hall and medieval square. The Strmol Manor with its port and park is one of the most important feudal buildings in Slovenia. It hosts rich culinary delights in the castle restaurant, various performances, concerts, events, tasting of fine wines, romantic wedding ceremonies etc.
Church of Saint Cynthia belongs to Baroque architecture, while the Church of Saint Bartholomew is among the highest quality sacral buildings from the Baroque in Slovenia. The medieval square has the value of a cultural monument. Gornji Rogatec Castle was once a mighty medieval castle, but today only ruins remain. The Rogatec Open-Air Museum picturesquely presents the Middle Styrian farm and shows the way of life of a Slovenian farmer in the 19th and first half of the 20th century.
Rogaska Slatina is one of the oldest tourist destinations. Mineral water springs are mentioned in the Middle Ages. Count Attems played the greatest role in the beginning of tourism. The first major baths were built in 1810. The Grand Hotel Rogaska has one of the most beautiful national halls in Slovenia. The main representatives of tourism are Terme Rogaska and Zdravilisce Rogaska. In addition to tourism, the city is also known for glassmaking, which is famous for its smooth and ground glass products.
The surroundings of the spa have beautifully landscaped walking paths, which were modeled on English parks. Next to the health resort, on a hill, is the neo-Romanesque chapel of Saint Ana, which was renovated according to the plans of architect Joze Plecnik. Kraljevi vrelec is located in the village of Spodnja Kostrivnica. It represents an important ethnological feature, which was excavated into living rock in 1857. Water from the spring also has a beneficial effect on the skin during digestion. There is a heating plant next to the spring, where various events take place.
The cactus pavilion is located in Cerovec below Boc near Rogaska Slatina. The pavilion displays a collection of about seven thousand different cacti and other succulents from around the world. The oldest cactus is about 60 years old. 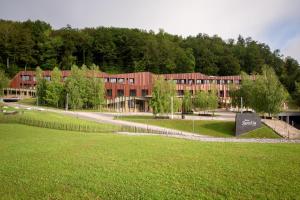 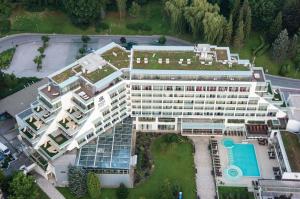 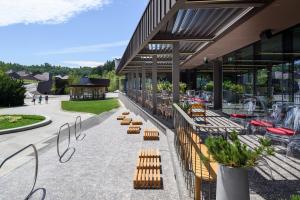