Secovlje is a small settlement belonging to the municipality of Piran. They are a former salt works settlement, located along the eastern edge of the Secovlje Salt-pans. The place is already mentioned in Roman times, as evidenced by archaeological finds.
The center of Secovlje is consolidated next to the church of Saint Martin from 1822. In 1986, they made the tourist and sports airport, which today is the international airport of Portoroz Airport. Secovlje is best known for its salt pans, which are mentioned in the 12th century. Salt production was updated in the 14th century, and the salt pans experienced a boom during the Austro-Hungarian period. The salt pans at the time were used by many families who lived in the salt pans. One of these is the Museum of Salt-pans today, and the whole area has been declared a landscape park. Above Secovlje is the Krog Hill, where the Benedictine monastery was until 1947 and the church of Saint Onofrio from 1432. The coal mine from 1937 to 1970 also operated here.
Today, in the area as a viable industry, the salt industry still remains in about 700 hectares of active salt fields. In the salt works museum, located in the area of abandoned salt works, we can see the development of salt works and the way of life of salt workers.

Bridge on the road Portoroz - Croatia at Secovlje

Bridge for walkers in Secovlje

Road to the Church of St. Martin and Krog monastery

View to the Church of St. Martin

View in the direction of the Dragonja Valley

View to the border with Croatia

View in the direction of Secovlje Salt-pans

View in the direction of Seca 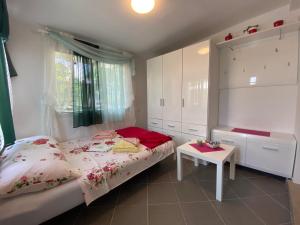 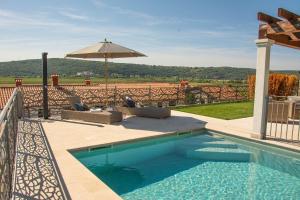 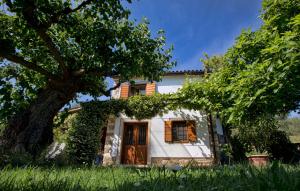 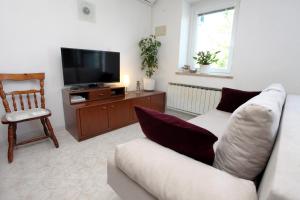