Stara Loka is part of Skofja Loka and belongs to oldest Slovenian settlements. It is primary Loka and in the year 1286 is first named as Stara. Worth seeing in Stara Loka are church of saint Jurij and Strahlov or Staroloski castle, beside there is also a small park. Church of saint Jurij is one of the oldest in Kranjska, it was built round 1118. Church was several times changed and rebuilt, so it has lost primary appearance. In the chapels are tombstones from 16 and 17th century. Present newromanic appearance got it at renovation in the year 1863. Beginnings of Staroloski castle go back to the 15th century. Since the year 1999 is announced as a cultural monunent national importance. Speciality of the castle are round towers, which were used for defence. Around the wall was also a moat, which is now filled up with earth. In the castle rooms are today the Centre of blind and weak-eyed and the Museum of post and telecommunication.

Stara Loka (Strahl) Manor from side

Path to the park

Chapel near church and manor 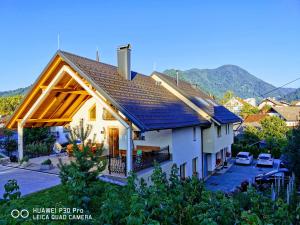 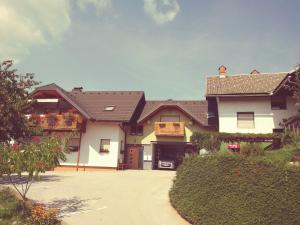 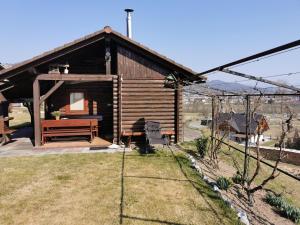