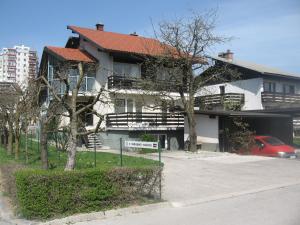 Skofja Loka has the best preserved old city center in Slovenia. This center is bordered by rocky terraces that were shaped by the Sora Rivers.
Since the Middle Ages, the old city has consisted of two squares: the city square or “Plac” and the lower square, the “Longtrg”. There are many interesting buildings, like the Nuns’ church, the rocky Capuchin bridge, Homan’s house, and the town school. Other interesting buildings include the former almshouse, Zigon’s house, Marija’s sign, the old Town Hall, the Parson’s house, and Martin’s house, which is the style of the last century. The Nuns’ Church, or Marija Brezmadezna church, was built in 1358, and rebuilt in the Baroque style after a fire in 1669. The Capuchin’s bridge was built upon the order of Bishop Leopol in the middle of the 14th Century, and was made from stone cut in semicircular form. It is one of the oldest monuments in Middle Europe. Homan’s house is a middle-class manor, which is made up of three buildings. The Parish or Sentjakobska church is a late Gothic hall built in 1471. Marija’s sign is a Baroque sign with three statues which the city built in 1751 in thanks for turning away plaque and fire.

View from passage to the Homan's House 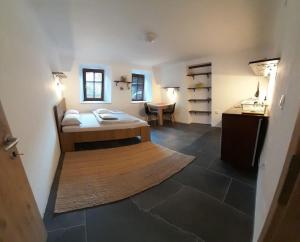