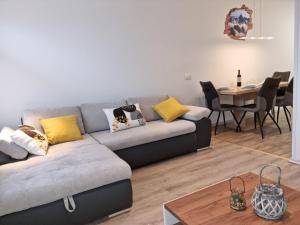 The Boka Waterfall is situated in the nearness of Bovec, in the direction to Kobarid. If you arrive from Bovec, there is the parking place in the left side of the road. The Boka Waterfall is already seen from the road, when you drive over the bridge. If you go from the parking place to the footpath and you do not cross the bridge over the Boka River, you will after about one hour and half come to the nearness of the source of the Boka River. In other way, you can also go to the the vista point, from there is a wonderful view to the Boka Waterfall. In this case you have to cross the bridge over the Boka River and right away on the other side of the bridge you go over the marked way to the vista point. In the lower part is going the settled footpath mostly in the wood. During the walk you can in some parts already see the waterfall, which is closer to you with every step. So you can decide by yourself, regarding your tiredness and available time, how close to the waterfall you will go. In the upper part is the trail going near the steep edge, so you have to be very careful, that you do not go too much close to the edge. For moderate slope from the parking place to the vista point you will need about 30 minutes. The Boka Waterfall belongs to the most wonderful and most fluid waterfalls in Slovenia. Its volume varies depending on the precipitation and on the season. The most water is in the late spring. The waterfall falls freely from the 106 metres and immediately after that another 30 metres in an incline. So we get the highest waterfall in Slovenia (144 metres). It is 18 metres wide.

Boka Bridge where is parking place from Bovec direction

The bed of the Boka Brook

View from the bridge to the Boka Waterfall

View of Boka Waterfall far away

Footpath to the vista point on Boka Waterfall

Trail to the vista point through the forest

In the upper part is more sharp ascent

Boka Waterfall and mountains above it

View of the canyon under Boka Waterfall 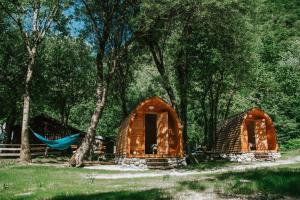 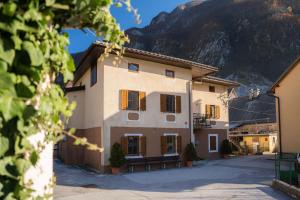 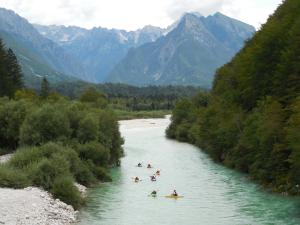