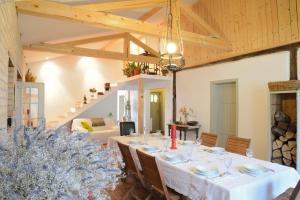 Slovenske Konjice is the administrative and economic center of the upper Dravinja valley. The city with 855 years of varied historical past is known as a typical medieval place, as a city of wine and as a European city of flowers.
Slovenske Konjice is known as one of the most beautifully landscaped European cities. The place, which has a closed building, developed on the right bank of the river Dravinja, on the terrace below Konjiska gora Hill. The old square represents the medieval core of the settlement, which is characterized by one-storey market houses. The newer area of the place developed on the floodplain of the Dravinja, which leans to the north on the hilly slopes of the wine-growing hills between Skalce and Vesenik. There is a golf course below Skalce. In the early 1980s, Prevrat and parts of the suburban settlements of Bezina, Blato, Vesenik and Zgornja Pristava were annexed to the town. In 1934, the settlement was renamed from Konjice to Slovenske Konjice, and since 1955 it has been known as a town. The wider area of the settlement was inhabited about several thousand years ago, and around 100 AD the area was conquered by the Romans. Slovenske Konjice was first mentioned in written sources in the 12th century as Counowiz. The square became a settlement before 1251. Fires have affected the place four times, most recently in the 18th century. During the peasant uprising in 1515, rebellious peasants gathered here. The reconstruction of the Vienna-Trieste road in the 18th century enabled the flourishing of economic activities. In 1846, the Southern Railway was pulled about 15 km east, affecting traffic and trade functions. In 1892, the narrow-gauge line from Poljcane was completed, which was then extended to Zrece in 1920, but was abolished in 1961. Among the industrial plants was a famous leather factory, whose history dates back to the mid-18th century. After 1950, plants of the construction, wood, machine and metal industries were established. The largest cultural and historical sights of Slovenske Konjice are the Church of Saint George in the Old Square, the Parson's house at the end of Trzna ulica Street, the sign of Mary and Florian on the central square, the cemetery church of Saint Ann on Zgornja Pristava and others.
Above the Old Square is the medieval mansion Trebnik, which has a picturesque arcaded corridor in the courtyard. The old castle stands on a lookout hill west of Slovenske Konjice. For the longest time it was owned by the Counts of Tattenbach. Only ruins of it have survived today.

Bridge over the Dravinja River 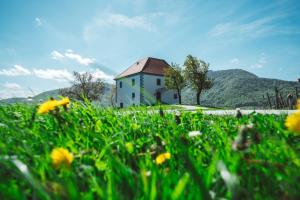 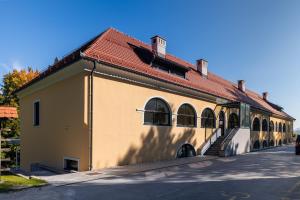