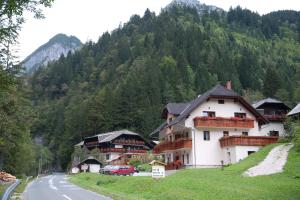 Solcava is a small village that stretches from the confluence of the Savinja and the Klobasa creek to the gorge in front of the Logar Valley. Solcava also includes solitary surrounding farms.
The village was first mentioned in written sources in 1268. Solcava was first under the rule of the Counts of Celje, and then in 1456 it passed under the Habsburgs. Emperor Frederick III. in 1473 donated the whole area to the diocese of Ljubljana. During Second World War, the village was almost completely burned except of the church and the parish. In Solcava, residents are involved in agriculture, forestry and crafts, and increasingly in tourism. The biggest sights in Solcava are the Solcava Yew and the church of St. Mary of the Snows with the statue of Solcava Mary. The Solcava Yew grows above the village and is reached by a steep path from the centre of the settlement or a more complicated path from the Ramsak tourist farm in Podolseva. The yew tree is supposed to be about 1000 years old.
The church is the only fully preserved Gothic church in the Upper Savinja Valley. The village houses the Rinka Center, which is a multi-purpose center for the sustainable development of Solcava.

Arrival into Solcava from Luce direction

Playground at school and kindergarten in Solcava

Information board - The Trail through the Logar Valley - The most beau...

View back to the bridge over river Savinja

Solcava in the Upper Savinja Valley

Centre of the settlement Solcava

View on road and Raduha in background

Parish Church of Saint Mary of the Snows

Frescos at side entrance

Footpath to the church

Church of Saint Mary of the Snows

Permanent exhibition about life and nature of...

Exhibition in the Tourist Information Centre ...

View back at Solcava, Church of Saint Mary of... 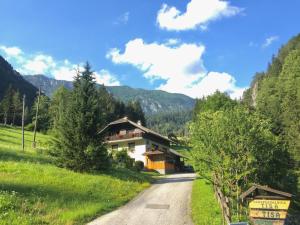 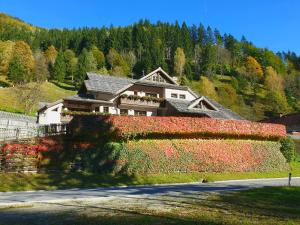