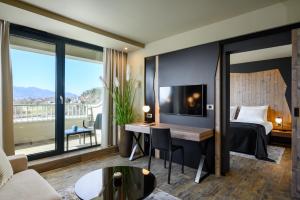 The Pekel Gorge is situated near the village Borovnica. From Ljubljana is about 23 kilometres away. It was made with the sank of the Ljubljana swamp. The Pekel Gorge was excavated by the Otavscica brook. In summer months is here pleasant and refreshing coolness. Before the beginning of the road is the information table about the Pekel Gorge. In the gorge you can see five waterfalls, which are in the winter time also suitable for climbing. Access to them is in some regions difficult because of the steep slope and because of that is necessary bigger caution. The first waterfall is the smallest and it is 5 metres high. The other four waterfalls are high from 15 to 20 metres. The fifth waterfall is the higher and they say the fourth waterfall is the most beautiful. The third waterfall is called Kozak because of the silhouette of the chamois in the rock beside the waterfall. The gorge has beside the foaming and wild water also wonderful animal and vegetal world. The symbol of the gorge is the Slovenian endemical plant the Carniolan Primula. Slovene name is Kranjski jeglic and latin name is Primula carniolica. It has beautiful red and violet blossoms. The plant blooms in April and May. The first one, who made footpaths in the gorge, were people who did the char wood and people who did not have their woods for firewood. Under and above the Pekel Gorge were saws and mills. In the glade before gorge is the Brancelj-Kosir mill, which was renovated in years from 1994 to 1995 by the members of the Tourist association Borovnica. Close to the parking place is the restaurant Pekel, which is famous by delicious home made food, especially by trout.

Information board about Pekel Gorge

Path on the start of Pekel Gorge

Old mill at the start of gorge

Devil on the start of Pekel Gorge

Wooden footbrige that leads to the second waterfall

View of the second waterfall of Pekel waterfalls

Stairs to the other Pekel waterfalls

Bench at the third waterfall

Steep stairs to the other waterfalls

View of the stairs from the upper side

Ladders on the way through Pekel Gorge

Crossing in the Pekel Gorge

Path to the forth waterfall

View of Prisava from the way to the Hudicev zob

Path through the forest to the fifth waterfall

Left side of fifth waterfall

View of troughs from footbridge

Pool below forth waterfall

View of the forth Pekel waterfall

Crossing of the brook

Waterfall on the way between forth and third waterfall 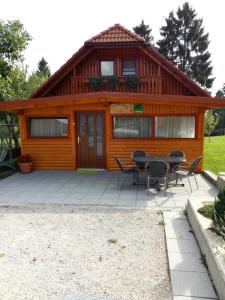 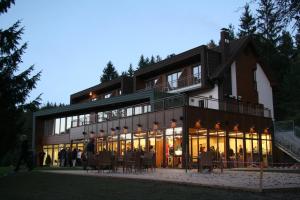