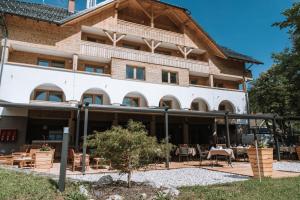 Stara Fuzina is a village in the Bohinj municipality. It is situated next to the main traffic road between Srednja vas and Lake Bohinj. It is a typical settlement in Alpine style with preserved old rustic houses. The village was already existing before Roman Age. It was developed the iron activity, which was concentrated by Mostnica, where is Zois Castle. The settlement was constantly spreading. In Stara Fuzina we can see lots of interesting things like Zois Manor, Hudicev most with Mostnica river beds, nutnica by Jost, preserved old rustic houses, Andrejec saw and mill, old cheese dairy, which was renovated to Alpine Dairy Museum, the St. Paul's Church, Mihovec inn with barrel organ, morainic arc with Bunder and Fužina stone, millrace for drive of mills and forges and other. The Alpine Dairy Museum was open in the year 1971. It was arranged in the former village cheese dairy in which were still till the year 1967 making cheese. The building was built in the year 1883. In the museum we can see the collections of cheese and Alpine dairying objects, photographs of typical Alpine settlements and buildings, portraits of old Alpine herdsmen and many other. In Stara Fuzina they also have library, culture house and fire station. We can strengthen in the Mihovc Inn or in Okrepcevalnica Plansar, which is situated next to the museum and where we can try delicious home made food. In the village they have appartments and a hotel, where we can spent wonderful time off.

View of Vogar above Stara Fuzina

View of Stara Fuzina in direction of Mostnica Gorge and Voje

Road to the Mostnica Gorge and Devil's Bridge

View of Stara Fuzina from the path to the Devil's Bridge

Cows on pasture above Stara Fuzina

Road through Stara Fuzina between Ribcev Laz and Studor

View of Stara Fuzina from the way to Rudnica and Pec

Forth room in Museum of Alpine Dairy Farming ... 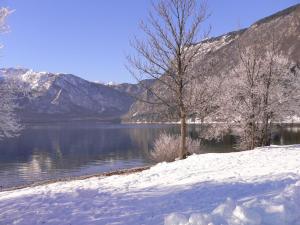 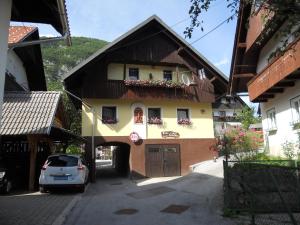 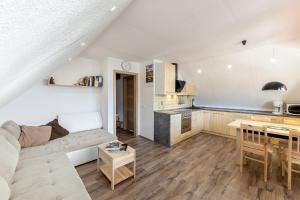 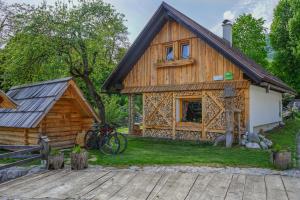