Strunjan saltpans are located in Strunjan, a village between Piran and Izola. The Strunjan Nature Reserve is part of the Strunjan Landscape Park. The area of the park covers the Strunjan Peninsula, from the Simon Bay to the mouth of the Strunjan Roja stream, including a 200-meter-long strip of sea, the inner part of the Strunjan Bay, the Stjuza Sea Lagoon and the Strunjan Saltworks.
The saltworks were built in the floodplain of the Roja stream and were one of three existing in the present-day municipality of Piran. On the marshes of the Dragonja River were made the Secovlje saltworks, and the mouth of the Fazan stream formed the Lucija saltworks, which were then covered with earth. The saltpans represent an ethnological, natural and technical monument. Strunjan saltworks once had a central warehouse in the former Tartini villa. The salt that was extracted from the Piran salt pans was not always as white as it is now.
Sometimes they mixed clay in the salt and so it was brown. In the 14th century, Petola was introduced, which is an artificially grown crust made of gypsum and micro-organisms that separates salt from its base. Petola contributed to the quality of the salt, since it was then whiter and purer, with no soil impurities. In the development of coastal cities, the salt trade has played an invaluable role.

Arrival to the saltworks from Hotel Salinera direction

Trail along the Strunjan Brook

Strunjan Saltworks along the channel into Stjuza Lagoon

View back to Piran

Trail along the Strunjan Saltworks 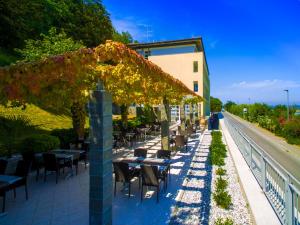 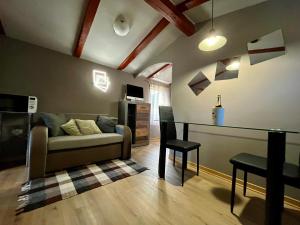 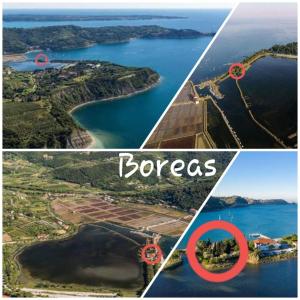