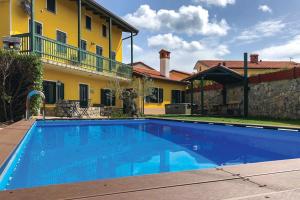 Most Beautiful Trips - Komen with neighbourhood

Sveto is one of the larger villages in the Parish of Komen, made up of several clusters: Briteh, Dolnja vas, Gornja vas, Hrastje, Samci, Jasci, and is known for its well-kept examples of Karstic folk architecture.
The Church of St. Giles (Sveti Tilen) in the central part of the village called Briteh (once there was an adjoining cemetery), hails from the 16th Century and is unique due to its octagonal shaped nave which has an umbrella-like roof construction resting on a central pilar. A 500 year old linden tree stands right by the church, under which the local residents would always get together and resolve their communal problems. Opposite the linden tree is the village well, localy called stirna, where the villagers used to get their water. The hamlet of Samci holds a beautifully kept village sinkhole pond where livestock used to water.
During the First World War the church was used as an army hospital and a cemetery for soldiers was built nearby. The intact army railway is also a reminder of these times and is visible in the woods between the villages of Sveto and Lipa. In the vicinity of the village along the road towards Skrbina there are the remains of a fortified settlement – the prehistoric hill fort named Martinisce which dates back to the Bronze and Iron Age. At this location once stood the Church of St. Nicholas (Sveti Miklavz).

View of the road to Komen

Old lime tree and the church

Old lime tree at the church

Lime tree in the village Sveto

Monument for the National Liberation War in the village Sveto

Hiking paths in the village Sveto and neighbourhood

Ad about the lost goat from the advertisement desk in the village Svet...

Path to the entrance into the church 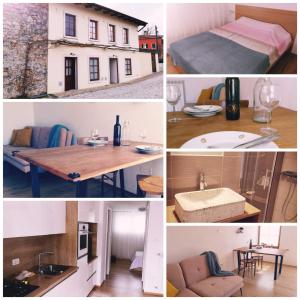 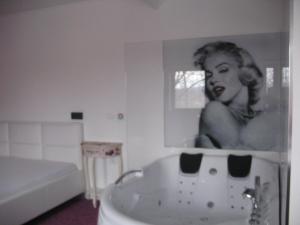 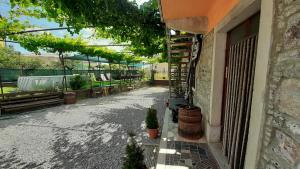