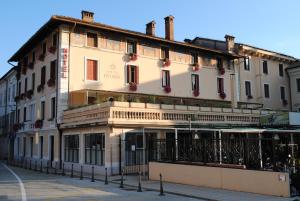 Confluence of Soca and Tolminka

On the map you can see selected place Tolmin with photos of the sights/interesting places in the neighbourhood.

Javorca-Memorial Church of the Holy Spirit

The most beautiful World War I monument is a wooden shrine that rises high above the Tolminka riverbed – the memorial church of the Holy Spirit in Javorca. The church in the walley of Polog was built by Austrian soldiers in 1916, to the design of the Austrian architect Remgius Geyling. The outside of the church is decorated with stylised coats-of-arms of all the monarchies and lands of Austria-Hungary. The interior is classic art nouveau, adorned with colourful decorations. The idea of a memorial church is communicated through engraved oak plaques bearing the names of all the Austro-Hungarian soldiers...

The Tolminka River Valley extends north of the city Tolmin, which is the largest settlement in the Upper Soča Valley, close to the border with Italy. The old town gave its name to the entire Tolmin area as its cultural, administrative and economic centre. The Tolminka river bubbles to the surface in a delta-shaped karstic spring from beneath the mountains of Tolmin – Tolminski Migovec, Tolminski Kuk, Mahavšček and Rdeči rob. In its short, 10 km long stream the river flows through a glacial mountain valley and then cuts deeply in the wild throughs. In the past, many mills were set up along its tributar... 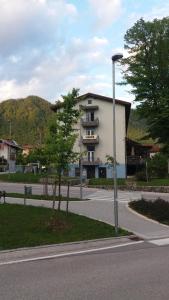 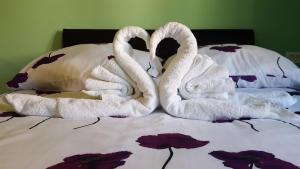 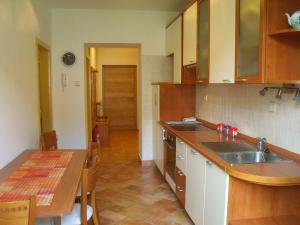