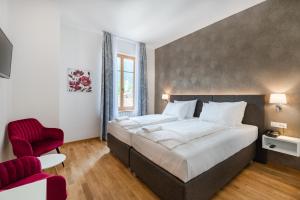 Confluence of Soca and Tolminka

Most Beautiful Trips - Tolmin with neighbourhood

Zadlaska or Dante's Cave is situated in the region of the well-known Tolmin Gorge. If you are interested of the Tolmin Gorge only for the cave, then is the easiest way if you go to the cave just at the main road over the Devil's bridge. The cave is named by the village Zadlaz and is one of the many caves, by which were flowing off the waters of the Soca glacier. In the cave are three chamber rooms, the cave interlacement is 1140 metres long and 41 metres deep. In the beginning of the 14th century the patriarch Pagano della Torre in Tolmin hosted the poet Dante Alighieri, which had at that time visited the cave and find in it the inspiration for the Pekel (Hell) in his poem Bozanska komedija (Divine Comedy). After that poet the cave got the second name. It was first researched and drawn in the year 1922 by the members of the mountain club Krpelj and was later accommodated to the tourist visitors. It was deepen and they cut in the stairs. It was finally researched and drawn by the caving club Tolmin in the year 1977. In the cave you can see the endemic species of the beetle and there is also the bat, which is living here in the winter. Zadlaska (Dante's) Cave belongs to very demanding caves. For visiting you have to have the appropriate equipment and you need the attendance by the caving guide. You can look to the cave by yourself, but only for few metres.

Arrival on the road from the footpath along Zadlascica

Information board about Zadlaska Cave

Stairs to the Zadlaska (Dante's) Cave

Secured path to the cave

View back on the road

View of the start of Zadlaska Cave

Adit in the cave

View from the cave window 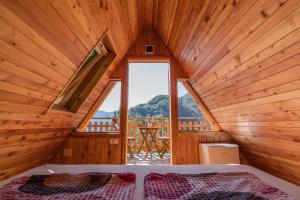 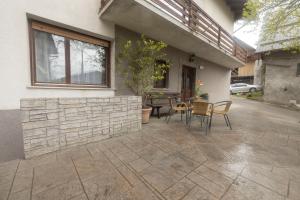 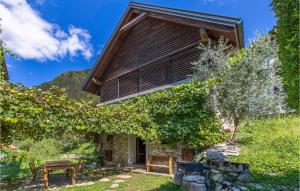 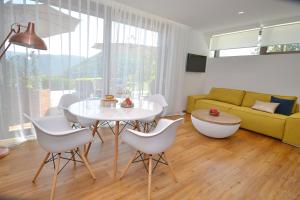